With 2016 over, we look ahead to what musical talent 2017 can offer, and with the masses of acts out there in the industry there is plenty for us to get excited about. Throughout January, ICM will be highlighting one new band each day and showing just why they should be on your music radar. Below is our first 10 Ones To Watch acts as part of the longlist part 1.

King No-One have also recently been awarded with our Greatest Discovery 2016 ICMAward.

From Street Performances to making appearances at some of the best inner city festivals in the UK, 50 BBC Introducing plays and NME club slots, King No-One have certainly got their name out there ready for 2017.

Read more about why King No-One are Ones To Watch!

With us heading into 2017, Will Joseph Cook has plans to release his Debut LP in early spring.

Leading up to the release he will be supporting ICMAward Track Of The Year winners Sundara Karma as they tour the nation in February. No doubt he will also take full advantage of festival season and take his new album around the country to music fans.

Read here why Will Joseph Cook should be on your music radar for 2017.

Heading into 2017, Clean Cut Kid are set to dominate with the anticipated release of their debut album.

Clean Cut Kid first burst onto the scenes in 2015 with successful singles ‘Pick Me Up’, ‘Vitamin C’ and ‘Runaway’. Although in 2016 they took a slightly different turn and released their debut EP, ‘We Used To Be In Love’. Closely followed by lone track, ‘Make Believe’.

2017 should be the year for Clean Cut Kid with them gaining a well-deserved fanbase, releasing a highly-anticipated debut album and by once again tackling as many music festivals as possible!

High Tyde have been around the nation in the past 12 months touring and gigging gaining a well-deserved fan base.

2017 is sure to see the true core of High Tyde and their infinite energy surge onto more stages across the country, including festival appearences.

We know that High Tyde are going to have a great 2017 as they almost made 2016 an award winning triumph. They were nominees for ICMAward Track Of The Year with ‘Dark Love’, however were nipped to the post by Indie peers, Sundara Karma.

Read more about why High Tyde are Ones To Watch!

Glass Caves are set to release a sophomore LP within 2017 following their 2014 release, ‘Alive’.

Glass Caves are known for their proactive attitude towards live performing. Constantly busking in Yorkshire towns on the afternoons ahead of their ticketed events, Glass Caves push to influence and encourage more bands to just get up and get out there.

2017 is set to see the band perform at more festivals within the year getting their name out there even more.

Read here why Glass Caves should be on your music radar for 2017.

After following Merthyr Tydfil lads, Pretty Vicious since the start we have watched them grow into respectable musicians. With a grunge-like edge to their sound that is reinforced with an aggressive attitude on stage, these 4 lads know exactly what they’re doing.

Pretty Vicious as we know are not ones to shy away from playing live, their summer was jam packed with festival dates including Y Not Festival, Kendal Caling and UndergroundFestival. The band also had their very own headline show in the autumn.

2017 is going to be Pretty Vicious’ year, read about it here.

Musically throughout 2016 VANT released a plethora of tracks and still continue to. Tracks such as ‘Fly By Alien’ however managed to claim the prestigious place of ICM’s Song Of The Week.

‘Peace And Love’ one of the first lead singles from their upcoming 2017 LP release, ‘Dumb Blood’, also was released in 2016.

Recently VANT were nominees in ICM’s Track Of The Year shortlist for 2016 with track, ‘Karma Seeker’.

All 3 aspects show a promising year ahead for VANT.

Read more about why VANT are Ones To Watch!

The Magic gang have managed to amass over 11,000 Facebook likes, 47,250 monthly Spotify listeners and also 8,000 Twitter followers. Which to us, is undeservedly low.

2017 could very well see The Magic Gang releasing that all important debut album and finagling receiving the recognition they deserve.

Read here why The Magic Gang should be on your music radar for 2017.

The Night Cafe are one of those bands that always seems to shine under the radar, which truly is a shame given their onstage and in-studio talent.

The intricacy behind their masterful song-writing and raw talent on stage, in our opinion, should have got them a lot further than they have. By all means though, we do not want to discredit the achievements The Night Café have made so far as it truly is something to be proud of.

All we at ICM hope for is that 2017 brings achievements plenty to The Night Café as they well and truly deserve it.

Vitamin came under our radar when we saw them support Sundara Karma in October 2015 with a very 80’s style approach to their music. Since then, they have released two EPs ‘Giving It Up’ and ‘To Believe’ and are building up for their debut album.

Later releases ‘This Isn’t Love’ and ‘Waterfall’ are expected in the upcoming debut album, with frontman Jared saying in an interview with ICM that the album will be “3 words” and is a song that has already been released.

Read more about why Vitamin are Ones To Watch!

Darlia explore new frontiers with ‘Beam Me Up’ 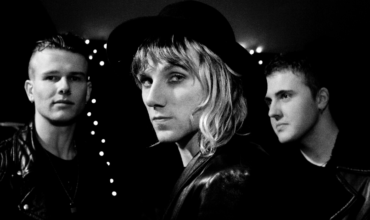 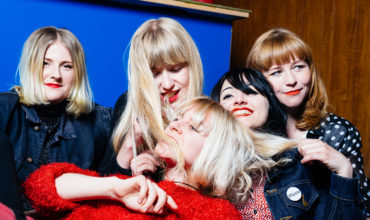 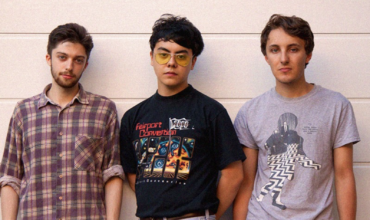