Bands are constantly releasing new music, but in the music industry it seems to be albums that make the most impact. It’s probably due to the thought and consideration of structuring an album, having a hidden message, the artwork or even just making a cracking playlist! 2016 has certainly served up some beauties for our ears and it’s only fair that we celebrate their excellence.

Slaves released their 2nd album, ‘Take Control’ after redefining punk through debut album ‘Are You Satisfied?’ (2015) and debut EP ‘Sugar Coated Bitter Truth’ (2012). Slaves’ music is heavily politicised punk with aggressive vocals, drums and DIY garage riffs. Slaves have been non-stop recording,releasing and touring since ‘Are You Satisfied?’ was released in summer of 2015, they were writing songs for ‘Take Control’ , such as ‘People That You Meet’ while still on tour in the US. Slaves have collaborated with Mike D and Baxter Dury in the making of ‘Take Control’ as well as Chase and Status for single ‘Control’. In ‘Take Control’, Isaac and Laurie deviated from the style set in their debut album with songs such as ‘Angelica’ and ‘Steer Clear’ but it also contains classic Slaves songs, ‘Take Control’ and ‘Spit It Out’.

Slaves have toured the UK three times as well as performed at some of the UK’s top festivals since ‘Are You Satisfied?’ including Reading, T in the Park and Glastonbury and the ‘Back In The Van Tour’ in September 2016, where Slaves played at some of the more intimate and grassroots venues across the UK.

Coasts release song “Come On Over” ahead of their latest album 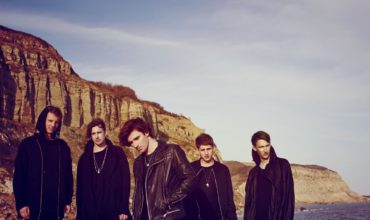 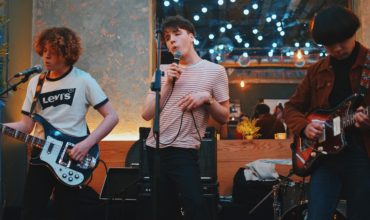 The Van T’s return with ‘Bittersweet’ 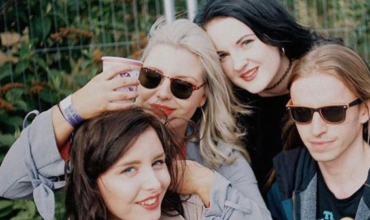