High Time is a record label, which is more than just that. It’s a brand that sells merch and pulls out hits like that machine in the year 3000 music video.

This is relevant because Coasts are on High Time and they are no stranger to releasing an amazing track that can do nothing but put you in a good mood.

We love coasts, so when they came to The Exchange in Stoke, we had to go down and see what they are like live.

With only one support band of the evening, we knew to expect a good show. Luckily, Monico Blonde took to the stage and certainly filled the boots. Entertaining for around a crowd of 50, they kicked off with ‘Cultstar’ and then instantly got the gig-goers set up for the rest of the night. Engaging the audience and encouraging participation thoroughly.

Once the crowd was right where they wanted them, the music was the primary focus. Delicate triple harmonies and insane lead guitar hooks created this crisp, upbeat sound which would only soften to explode once more. Monico Blonde is one band which has mastered the use of backing vocals and know exactly how to make them effective. It’s indie pop with a rugged attitude.

Mid-set, they unleashed ‘Breathe.’ It filled the room instantly as soon as the first vocal harmony reached the speakers. The aura of the song was anthemic. The stop-start, on-off verses set the chorus up perfectly to explode into the room leaving the crowd gasping in awe.

They ended on ‘Losing Your Friends’ and made way for an intense wait for Coasts.

The wait was worth it, the band came onto intro music before frontman Chris Caines, leapt onto the stage and continued straight into ‘Modern Love,’ one of the best songs from the first album to reinflate the crowd after Monaco Blonde.

The set was a success, flowing with their well-known songs, mixed with some lesser known tracks, most with a recognisable drop, so the crowd knew when to go crazy. While it’s great to be a part of when that drop happens, all their songs follow the same formula, meaning it gets a bit repetitive after a while.

The whole band had loads of energy that resonated throughout the crowd, they played Oceans last to the crowd’s delight, the whole room was bouncing till the end.

You could see that it was a well-rehearsed set, it was exactly what you would expect from the indie pop band. Coasts provided no surprises, Monico Blond had better stage presence, but I suppose coasts had less to prove. 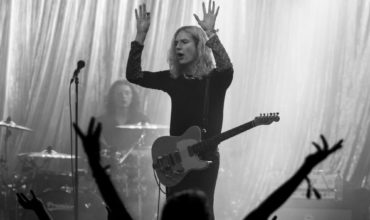 Banfi return with second single ‘Happy When You Go’ 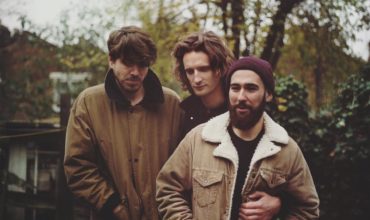 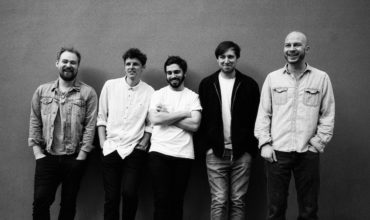