Indie Rock favourites VANT are finally here with their debut album DUMB BLOOD (alongside the simultaneously released deluxe edition). Enriched with their signature passion, energy and determination to tackle ideological and political issues DUMB BLOOD is so much more than just a solid music album.

VANT’s forward thinking and purposeful lyrics have always been at the forefront of the band – but even if you disagree or simply don’t care about the profound meanings and interpretations, the album is filled with fuelled by invigorating riffs and killer vocals resulting in a more than adequate debut album. Experimenting with a political agenda is often a risky route with many bands failing to capture any mainstream attention or giving up on their principles, however VANT have made a connection with a massive audience through their substantial festival history and performing special gigs with the likes of Catfish and the Bottlemen and Biffy Clyro.

Opening DUMB BLOOD is THE ANSWER, and it’s quite possibly one of the strongest offerings on the album. The VANT sound is undeniably there despite the grunge tinge on the track, it’s brave and sets an ideological precedent for the rest of the album. An astringent, anti-war track at heart, Mattie Vant (frontman of VANT) comments on the ‘special’ relationship between the UK and the US whilst thrashing guitars and tight drum beats echo alongside him. THE ANSWER is short and sweet, whilst remaining memorable and exciting and is definitely a highlight.

PUT DOWN YOUR GUN is another huge song, with a ridiculously catchy chorus. Again simplicity is key and with a sound that is almost reminiscent of an early Nirvana with the crashing guitars PUT DOWN YOUR GUN does well to sound familiar and yet fresh and spontaneous. VANT opt for the clear and unpretentious approach for their message instead of shrouding it in complicated metaphors or similes and whilst the lyrics aren’t the most imaginative the band are still able to sound experienced and mature.

The album maintains the solid form with the third track, PEACE AND LOVE, and it doesn’t need too much reading into the title to work out what it’s about. With an almost Biffy CLyro-esque sound, it definitely crosses heavily into rock vibes and sounds like it had a lot more time in the studio than the previous offerings. ‘We need peace and love, all you mother fuckers’ Mattie chants, an unsophisticated message that’s straight to the point and doesn’t leave much to the imagination.

LAMPOON is the first track from the album that sounds significantly different, with a large pop inspired section and becomes a lot more upbeat. Nevertheless it retains the politically powered lyrics and social criticisms and demonstrates how versatile VANT can be. Whilst it is one of the more ‘fun’ songs from the album Mattie doesn’t pass up the opportunity to scream lyrics through the microphone.

VANT continue the upbeat affairs with PARKING LOT, one of the bands most popular and well-known songs. A very well constructed offering that all leads up to the mind melting riffs and pulsating sound of the chorus it is undoubtedly one of VANT’s best songs and thankfully they included it on DUMB BLOOD.

DO YOU KNOW ME is another VANT classic and whilst again it is not a new track the debut album almost wouldn’t feel right without it. One of the songs that massively helped to push VANT into the spotlight it’s brimming with massive hooks and vocals and begs to be screamed along to (preferably in a mosh pit).

Calming things down is I DON’T BELIEVE IN GOD a much more relaxed and laid-back affair. Musically it fuses together perfectly to allow some of the most thought-provoking and profound lyrics to take the spotlight. Whilst it begins a lot calmer, it builds to a great crescendo of riffs and drums so it still feels undeniably VANT. Covering sensitive issues such as drugs, religion and relationships in a refreshing and calm way with a clever lyricism it provides just enough of a shakeup to feel original yet remain distinctly VANT.

Another VANT classic, FLY-BY ALIEN and another case of angst fuelled lyrics and everything that made VANT popular. The trippy video that accompanies the track is a true work of art and manages to encapsulate the message perfectly as VANT vent about the world’s issues. There’s not a lot to say about FLY-BY ALIEN that hasn’t been said before, but there’s a reason it’s one of the VANT’s most popular songs.

HEADED FOR THE SUN is one of the most intuitive and original tracks on the album, and manages to balance the soft slower elements with the thrashing riff fuelled shouting. It doesn’t stray too far from the formulaic recipe VANT seem to use in every song (thought provoking lyrics and a simple, catchy chorus) but this doesn’t make it any less of the banger that it is.

VANT quickly turn things up to maximum, straight in with another VANT favourite PARASITE. Not wasting any time of the short 1:25 track the riffs and furious drums are plentiful, with one of the most impressive riffs from the whole of DUMB BLOOD featuring prominently on PARASITE. Whilst short in duration, it doesn’t struggle to make the most of it.

From the shortest track to the longest, the slow and broody ARE WE FREE? Coming in at over seven minutes, it takes its time to settle the mood and draw you in before any vocals start. It remains dark throughout and is definitely one of the calmer offerings from VANT. It sounds a lot more experimental, not only with the longer duration but the focus on the music as opposed to the lyrics seems to be at its strongest here. Whilst the, provocative lyrics are still in abundance it feels as if the instrumentals are central to ARE WE FREE?

KARMA SEEKER is yet another VANT staple and one of their best songs. The penultimate track is one of their biggest too, and is the perfect example of VANT doing what they do at their very best. A much more levelled and progressive track that the band have perfected and KARMA SEEKER is always a massive hit whenever played live. Whilst there does seem to be multiple tracks VANT have released prior to the album and a lack of focus on new material, the album wouldn’t have been made if it wasn’t for tracks like KARMA SEEKER so they deserve a place on DUMB BLOOD.

Closing the album is the monumental TIME & MONEY and it makes the perfect final track for the album. It seems to be the amalgamation of every ideology VANT stand for in one final track, a criticism of everything wrong with modern life wrapped up in a melodious closer. It seems softer and less irritated yet remains critical and positive for change.

DUMB BLOOD is a solid debut album for VANT and manages to lay the foundations for the band. Whilst there are songs that have previously been released and the majority of the tracks sound similar in some way VANT have done well to establish themselves in one album and they have found a solid formula that works well for them. The lyrics and principles of the band won’t connect with everyone, but their songs and music are undoubtedly solid enough to carry them. It’s exciting to see the future of VANT and to see if they venture into different styles but for a debut album DUMB BLOOD is exactly what you would hope for. 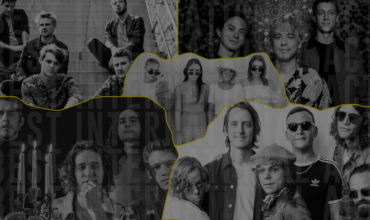 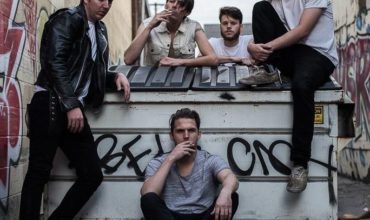 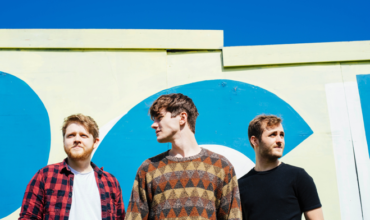