Nearly a year on from their last full album, Amber run are back at it again with their absolutely top class release; For a Moment, I was Lost. Taking on a slightly different, almost post-rock sound while still retaining the indie/alt sound that the fans love. Having trickled out three songs in anticipation for the new release (Haze, Stranger and Perfect) I was eagerly awaiting the full album with expectations set high.

For a Moment, I Was Lost opens with ‘Insomniac’, providing a classic Amber Run vibe. Showcasing a much more professional and polished sound, this lively track is just what I’d expect from Amber Run- spotless transitions, silky vocals and an intensely catchy melody.
Next up is No Answers, a starkly different tone evident from the get go. A dirty, crunchy synth entices you in alongside airy guitar riffs. Once you’re hooked the synth drops out in favour of some hard hitting drums, leading up to a complete turnaround in sound, bringing in a handful of post-rock and a pinch of punk into the mix.

Island is up third, a melancholy song that flows gracefully from one line to the next. Keeping the momentum slowly building until the bridge where a slightly distorted, almost drone lead guitar kicks in, livening up the whole song instantly whilst still keeping the feel present earlier in the track.
Fourth in the listing is Stranger, one of the pre-album releases. Employing the same airy tones as No Answers, it’s the kind of song you’d imagine playing in a VW Camper with the sun setting in the distance- until the distorted bass kicks in, livening up the track during the chorus and by extension the whole song.

Track five is my personal favorite, starting calm with a heartfelt melody on keys blending very well with Joe Keogh’s high notes. Joined in later on by a hi-hat heavy drum track, providing that little bit of speed and tempo that lets you know who you’re listening to, while still keeping the fresh sound. Add into the mix a reverb-heavy lead guitar and you have all the components to a truly beautiful song.

Haze is the sixth song on the album and is the most musically different, as Joe’s voice is altered by some serious mixing and editing genius. While there aren’t really any instruments per se, I wouldn’t call it acapella. The slightly robotic effects add enough variety of sounds to make the vocals themselves different ‘instruments’. Perhaps not what you’d expect from Amber Run, but pleasing to the ears nonetheless.

White Lie is a little flat for my liking, as the lead melody continues throughout the song without much differentiation, but that certainly doesn’t make the song itself bad. Good pacing and the usual spot on transitions more than make up for it.
8th up is Perfect, a much more lively piece compared to the rest of the album. No slowly gaining traction in this one, Perfect puts the peppy cards on the table right off the bat. Spearheaded by massively high overdrive and kick ass drums the whole song is enjoyable from start to finish.

Dark Bloom drops in ninth on the album, bringing a dash of post-rock sounds into the mix. The song becomes increasingly heavier as it goes on, peaking with a crescendo of crashing cymbals, prominent bass and mind melting lead- only then does it drop back away into the more mellow sounds earlier on in the track.
Hitting double digits is ‘Machine’, yet another track that seems almost purpose made to highlight Joe’s high hitting voice. An aetherial tone seems present throughout, giving the entire song that light, lofty feel.

The penultimate track is ‘Are You Home’, a seemingly simple song that’s deceptively complex. A combination of backing vocals and an understated beat provides a paradoxical depth that one might miss first time around.
Last but certainly not least is the Wastelands. I’d say it encompasses the feel of the entire album very well, with elements of each song borrowed and put into play. The majority of this five and a half minute anthem is centered around Joe’s voice, which then switches up allowing all members to show us what they have to offer, in a mind-blowing finale.

For a Moment, I Was Lost is an incredible album for seasoned musicians, let alone for a band’s second ever full album. If they carry on like this, I can only see them getting bigger and bigger.

The Magic Gang @ The Joiners, Southampton 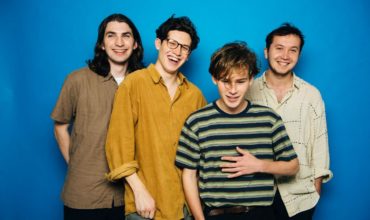 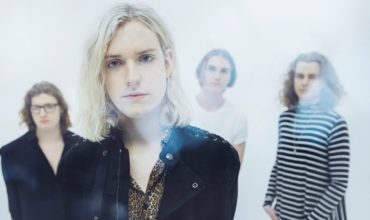 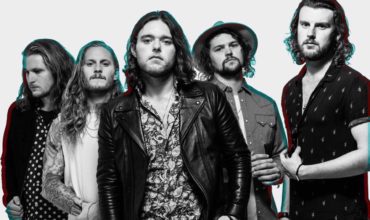