The alternative rock band originating from California, The Neighbourhood (The NBHD), have just released their beach vibe sophomore album titled ‘Wiped Out!’

The Neighbourhood formed in 2011 with their highly successful debut album being released two years later. They went on in 2014 to be the first band to release a mixtape; it was available for free download and was titled ‘#000000 & #FFFFFF’, however the mixtape wasn’t well received by many. ‘Wiped Out!’ was released on Friday 30th October but was leaked on the Monday prior to release.

The album opens with ‘A Moment of Silence’ which is quite literally 33 seconds of silence, however there is a slight knock of white noise towards the end. Next on the album is their single ‘Prey’, the electric guitar throughout the track sparks the foundations for the vibe of the whole album. Jesse Rutherford (the band’s lead singer) has mentioned that he intended for the whole album to have a beach vibe and to do so they spent the whole production process in Malibu. Prey seems to feature some somewhat distant vocals from frontman Jesse, the whole track seems chilled out yet still upbeat.

‘Cry Baby’ is the phenomenally catchy third track on ‘Wiped Out!’, for me personally I feel that this song contains many of the same original vibes featured on their debut album ‘I Love You’. All of the tracks on their new album, including ‘Cry Baby’, are about Jesse’s own personal feelings and experiences – many of the songs on the album are about his current girlfriend (Devon Lee Carson). ‘Cry Baby’ is definitely a loud and upbeat track which is quite ironic given the contents of the lyrics.

The next couple of songs on the album include the title track to the album and their single ‘The Beach’, both of which are key components to the atmospheric feel the album has. Both of these tracks are definitely chilled out and have extremely fuzzy and dense hooks. However, the title track is 6:13 in length due to a kind of transitioning instrumental in the middle; the second half goes back to the style of a melodic ‘Cry Baby’. ‘The Beach’ clearly presents the frontman’s raw emotional vocals.

Track 6 (‘Daddy Issues’) powers through with an almost 60s jazz production vibe, there appears to be a very intimate feel throughout the majority of the track – this could possibly compared to some of The 1975’s songs.

Following on from ‘Daddy Issues’ is ‘Baby Came Home 2 / Valentines’, this is the second part to the story of ‘Baby Came Home’ which features on their 2012 EP ‘I’m Sorry…’ Part 2 talks about a past relationship he has had and it provides an honest insight into a calmer side of his life, paired with an acoustic guitar throughout the track seems very open and raw.

The next two tracks, ‘Greetings from Califournia’ and ‘Ferrari’ contain a similar style to the band’s mixtape however it also closely relates to their first album – their style hasn’t changed too much for the sophomore album. The track ‘Greetings from Califournia’ contradicts itself in the sense that he initially states how he doesn’t like people making decisions for him but then the end of the track seems like a subtle plea for help and guidance. Stiff drum beats and deep bass riffs permeate ‘Ferrari’ as it shows Jesse Rutherford’s perspective on a relationship characterised by hypocrisy and pessimism, as well as physical and psychological distance.

The penultimate track on the album ‘Single’ is devoted to Jesse’s current girlfriend and features him asking for her father’s approval on their relationship. The acoustic guitar plucking and catchy melodies work perfectly alongside the romantic lyrics about Devon. Towards the end of the track (after the second hook), there is a sort of jungle beat drum fill – the band have stated in an interview that, for the new album, they experimented with lots of new sounds and ways to record the drum parts which is evidently what ended up in ‘Single’.

The final track is the first single they released off of the album back in August, ‘RIP 2 My Youth’. The whole track pulses with heavy drum beats and powerful guitar, this paired with Jesse’s vocals creates, in my opinion, a superior single.

The band has spent the last couple of months touring the US with what they called ‘#THEFLOOD2015’ and support from Bad Suns and Hunny. They also recently announced a tour across Europe which starts in London on Tuesday November 10th at Heaven.

As a whole, the idea of beach and waves is injected  throughout the whole album and it is definitely a step forward for them becoming more internationally recognised. It still has the same recognisable NBHD feel to it even though some of the songs have been calmed down to suit the beach theme. As expected, ‘Wiped Out!’ is a masterpiece which gives me the impression that there tour is not to be missed! 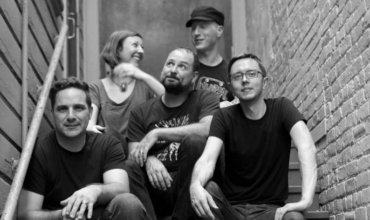 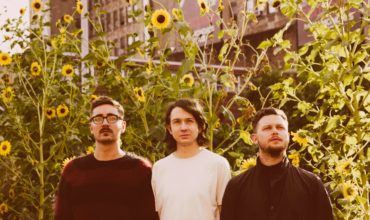 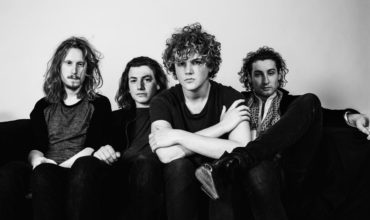