Local Natives’ songwriter, vocalist and pianist Kelcey Ayer has released ‘Tasha Sits Close to the Piano’, his solo debut as Jaws of Love.. (yes the full stop is in the name)

The first solo project born out of the acclaimed Los Angeles band, sees Ayer hone in on his master craft: the emotive piano ballad as highlighted on the five-piece critically acclaimed second album ‘Hummingbird’.

Jaws of Love. is ready to go a string of UK and EU dates, culminating with a headline show at London’s Moth Club on 1st February 2018.

Jaws of Love. upcoming album ‘Tasha Sits Close to the Piano’ is the first taste of Kelcey Ayer’s solo adventure. “The whole project is me trying to embrace my nuances and indulge in it,” he explains “I have dark piano music in my heart and soul, and Jaws of Love. is me at my truest self.”

Kelcey Ayer, the creative force behind Jaws of Love., has always been an ace at writing a good love song – he just didn’t always know it. “I used to think that to write about love, something had to be wrong”, he says. “I often got my material from pain, or insecurity, or problems – I thought I couldn’t write a good love song because I am in love and it’s going so well. But I’ve grown to realise that even in the most amazing relationships there are turbulent. The idea of ‘jaws of love’ felt so perfect for this project because it’s all about love’s trials and tribulations.”

The piano is a centerpiece on the album, named by Ayer’s wife about the couple’s dog Tasha – whether out front on its own like on the first single and opening track ‘Jaws of Love.’ or ushering in a maelstrom of synth programming as on ‘Microwaves.’ Every tune on the record features piano in a major capacity, with Ayer’s lilting, deliberate voice guiding the melodies with nuance and assurance.

‘Hawaiian License Plates.’ dips and soars, while ‘Lake Tahoe.’ pulls the tempo back down like an R&B torch song sung at 3 a.m. ‘Everything.’ features a ripping horn wail, and Ayer’s heart-worn vocals over the steady click track on the lovelorn ‘Love Me Like I’m Gone.’ take the song to dramatic heights.

And yet, as implied by the stark black-and-white visual theme of the cover and throughout the record’s lit-inspired book, the 88 keys of that same contrast remain the star. As the Radiohead-recalling final song, ‘Nightlight.,’ starts and ends with Ayer’s simple, rhythmic piano chords and gentle croon, Jaws of Love.’s place and power are cemented. 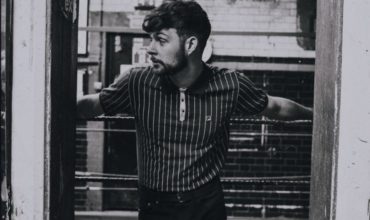 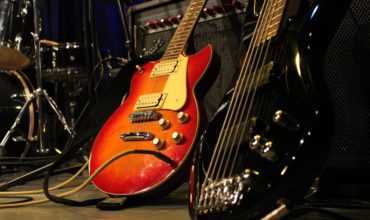 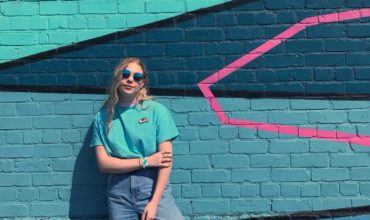