Indie rock and rollers GETRZ have been carefully mastering their craft over the past year and have come up with their debut EP ‘Think Of The Future’.

Hailing from Swindon, their relentless touring over the last two years has won over the ears and hearts of fans across the UK. Now, they flexed their muscles for their most ambitious release yet.

Released at the tail end of August, ‘Think Of The Future’ is a radio-worthy sound which certainly hasn’t gone unnoticed and this EP is no exception either. As well as impressing with their work in the studio, frontman Josh Heather, guitarist and vocalist Dec Casey, bassist Toby Pollitt and drummer Dan Geary leave a hefty mark across the live circuit too.

The opener ‘Insomniac Waltz’ enigmatically kicks things off with a dramatic build up, only to drop into their recent single release ‘She Heard I’m A Dreamer,’ a pedal-to-the-metal, arena sized indie anthem that holds no punches from start to finish. With beefy guitar work, delicate vocal harmonies and a ruckus of a bridge, you’ll soon be singing this one in your head for days on end.

Next up is ‘Annie’, another trademark GETRZ triumph going in at full pelt with unforgettable vocal hooks and a danceability that you just can’t deny. ‘How Do You Think I Feel?’ is another essential for the indie disco, a solid pop-rock record with rawness, swagger and emotion.

Closing the EP is title track ‘Think Of The Future’, a straight from the heart to the heart, hands-in-the-air, real-talk tune that ends with a carefully crafted piano and vocal triumph.

On producing the EP the band added: “We wanted to take a different approach to the production and overall creation of the EP. Our debut EP whilst holding a firm place in our hearts, just wasn’t who we were anymore.

“As with any band, progression is a very important part of our musical careers. With this new EP, we’d spent the best part of a year writing, demoing, brainstorming all different ideas and sounds until we landed on what felt the most natural to us.

“We took a lot of inspiration from grunge music like Pearl Jam and Smashing Pumpkins, as well as early Delta blues artists such as B.B King and Blind Willie Johnson.

“For us, the ‘T.O.T.F EP is our way of welcoming our true selves into the industry. It feels like a starting place for something special, instead of just five tracks. We’ve spent nearly three years finding ourselves and where we fit in, and this is just the start.”

The EP, 'Think Of The Future' sings from the heart and puts the pedal-to-the-metal. The indie rockers have been mastering their craft to produce indie anthems that hold no punches from start to finish.

The EP, 'Think Of The Future' sings from the heart and puts the pedal-to-the-metal. The indie rockers have been mastering their craft to produce indie anthems that hold no punches from start to finish.
6.8 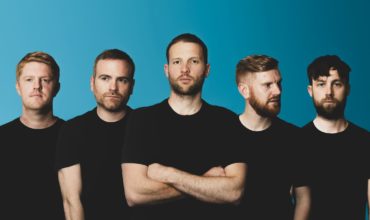 Deco return with their bright and breezy new single ‘Upside Down’ 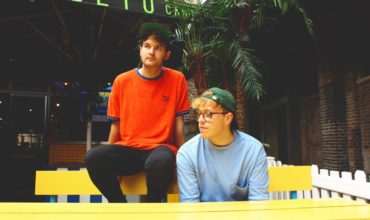 Archie Faulks releases ‘Hung Up’ ahead of UK tour 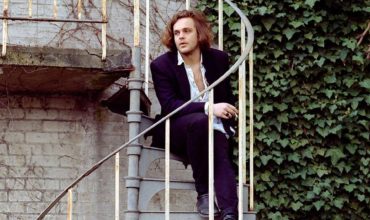