As we’re getting closer to a f**ked up society, South Wales band Picsel has released a song ahead of its debut album about the new Prime Minister, Boris Johnson.

The Swansea-based quartet thrashes snappy pop punk tracks that rekindle the spirit of 90s punk and grunge which combines the overlapping vocal fun of Weezer, with the raw screw-you punk of Fidlar and anthemic energy of Japandroids.

‘F*ucked Society’ is about Donald Trump, Boris Johnson and the world is staring at idiots on Love Island as civilisation sinks into an ocean covered in the excessive packaging used to wrap your avocados. The single sums it all up.

The new LP, Modern Life Discovery, is a collection of powerful songs that document the awkwardness of living which was completely written by accident. After spending months writing for their other project Broken Fires, the punk and hooky tunes had to be released as a separate project, hence Picsel being born.

Vocalist and bassist Tom Stephens explains: “We released a Broken Fires album in 2015 called Silhouettes. It’s like a prog-pop album with three part harmonies, layered violins and at times a big pop rock chorus… We wrote it all together, with me, Gareth and Justin.

“When we started writing the second BF record we had less time to get together as I live in London and the guys live in South Wales. We ended up writing tonnes of songs but actually, Gareth churned out this awesome batch of slightly more punchy, nostalgic, post-punk tracks. When we demoed them up we loved them, all added some bits here and there and also felt like they deserved their own home.

“We also always wanted to try smashing out an album live in the studio together rather than layering stuff up in a more pop production way. We then dragged all our old recording gear into Soundhaven rehearsal space in Swansea and played for two days straight. The result is this Picsel album.”

'F*ucked Society' is about Donald Trump, Boris Johnson and the world is staring at idiots on Love Island as civilisation sinks into an ocean covered in the excessive packaging used to wrap your avocados. The single sums it all up. 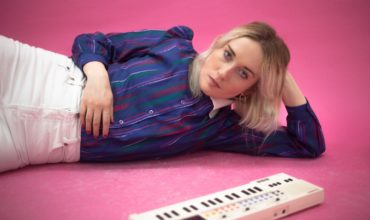 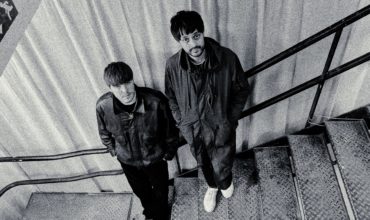 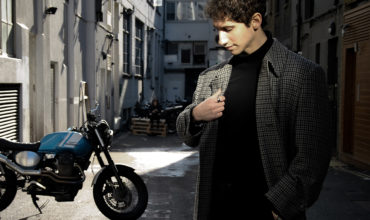