And so as the nights get longer and the temperatures drop, we slowly begin to see an end to our summer. But fear not, Starbucks will soon start serving pumpkin spice lattes as the leaves on the trees turn beautiful shades of orange and brown. Most importantly whatever the weather we’ll always have film, it’s the gift that keeps on giving, that one friend you can always rely on to say the right thing and show you a good time. It’s September and time for us to crack open the ICM Film vault once again, inside are underrated films aplenty, so without further ado let’s get to discussing them shall we?

Lars and the Real Girl (2007): Films about mental health can often get it wrong, either being wildly misinformed or bordering on insensitive – either way, it’s a delicate topic. Craig Gillespie’s comedy-drama, Lars and the Real Girl, gets it right! In this peculiar film, Ryan Gosling stars as Lars, a painfully shy young man who suffers from the delusion that a sex doll he has bought online is in-fact a real woman…yeah, I know. But fear not, as bizarre as this premise may sound, Lars and the Real Girl is a heart-warming, small-town comedy that will definitely tug at a few heartstrings.

Lars is adored and looked out for in his tight-knit community, so much that when he introduces Bianca, his pouty plastic girlfriend, the entire town goes along with it. The more you time you spend with Lars, the more you feel for him and his unique condition. Gosling’s performance is truly exceptional, exploring the more vulnerable and delicate side of his acting ability. If you’re looking for something a bit different, this unusual comedy is worth checking out.

Brawl on Cell Block 99 (2017): Directed by S. Craig Zahler and starring Vince Vaughn who would normally be associated with comedies such as Dodgeball and Wedding Crashers. Here he gives one of the most unexpected performances of his career as Bradley Thomas, a former boxer turned drug runner who through a series of unfortunate events ends up having to hold his own in a prison battleground.

I’ve never really seen Vince Vaughn as being all that intimidating, but my god in this film he is an absolute powerhouse. I mean you’ve got to have a real chip on your shoulder to even think about squaring up to him. The violence doesn’t exactly come thick and fast, but the few fight sequences that there are tend to be choreographed in such a meticulous fashion. It’s brutal and so gory at times it’s enough to make you cringe, yet you’ll find yourself unable to look away. Don’t get me wrong though the graphic violence certainly isn’t the film’s only draw, it also boasts a rather compelling narrative. The circumstances that befall Bradley Thomas by the end of the movie are tragic and the film does such a good job of pulling you in that you feel every ounce of that tragedy alongside him.

Moonrise Kingdom (2012): Wes Anderson brings in so many of his favourites for this comedy drama including the likes of Bill Murray, Tilda Swinton, Jason Schwartzman and Edward Norton! It’s all about a pair of young lovers who flee their New England town causing panic and mass hysteria across the island. The locals end up forming a search party and begin inspecting the island from top to bottom, but to make matters worse there’s a major storm approaching.

Wes Anderson films aren’t for everyone, they are often rather whimsical and brimming with stylistic flare, a hipster’s wet dream basically. I like a lot of weird movies, but even I don’t agree with his entire filmography. Ever since 2009’s Fantastic Mr Fox though I do feel like he’s been putting out hit after hit and growing more as a director with every release. At the very least I love the fact you can glance and then immediately know that you are a watching a Wes Anderson film, that is the sign of a truly great director and if you ask me Moonrise Kingdom is really one of his best.

Vinyl Staircase are back with new track ‘Feel It’ 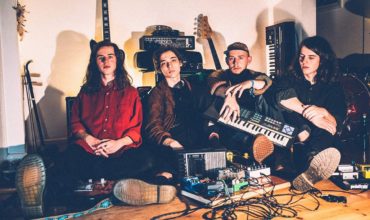 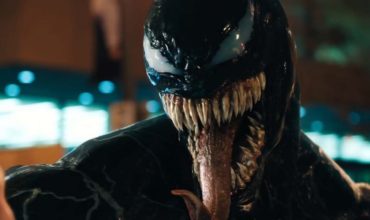 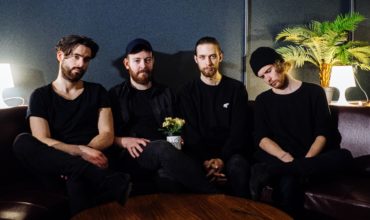