For some of us, Halloween is a blissful time! The permission to be mysterious and wear nothing but black for a solid month can be liberating after a hot and sticky summer. For others, October can be gloomy and cold, where the urge to pack up and settle for an early hibernation is hard to resist.

Either way, you’re going to need some movies to keep you company, so here are my Halloween top picks!

30 Days of Night (2007):  Bored of vampires that frolic about pursuing teenage girls? 30 Days of Night is a film that depicts vampires as the petrifying blood suckers that they really are. Set in Alaska, villagers pack up and move out as their town braces itself for a full month of complete darkness. This year however, starving vampires target the village to feast upon the locals who decided to brave the cold.

If you’re partial to a bit of a blood and guts, you’re in for a treat. Prepare yourself for some glorious film making and stellar performances, especially Danny Huston as the head vampire.

Set in the 80’s, two American backpackers explore the English countryside only to be attacked by a rather XL wolf – awoooooo. The lone survivor is plagued by nightmares of his dead friend who warns him of the next full moon…and his new hairy identity. Should he kill himself for the sake of others, or wait and see what happens?

The Descent (2005): Nothing beats a gritty British horror film, especially when it’s done well, much like Neil Marshall’s The Descent. This story follows six women who explore North Carolina’s underground caves. Of course, utter bedlam ensues when their exit is blocked, and the six friends are forced to find an alternative route. What lurks inside the caves is truly horrendous, a horror fanatics wet dream…

I shan’t say anymore, but get ready for plenty of blood, drama, and emotional trauma. The Descent is a real horror gem, one that deserves a definite spot on ICM’s Halloween top picks.

This mockumentary follows the pale residents of a shared house in Wellington, New Zealand. Promising not to eat the documentary crew, a group of unconventional vampires happily share with us the complications of existing in the modern world.  If you’d rather laugh than lose sleep this Halloween, this is the film for you.

Can you think of any other movies that should make the list? Leave us a review in the sidebar with your own spooky suggestions.

Can you think of any other movies that should make the list? Leave us a review in the sidebar with your own spooky suggestions. 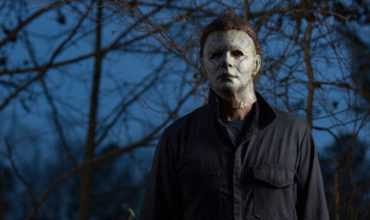