Nearly two years on from the hubbub that surrounded debut EP ‘Arrive Alone, Leave Alone’, Manchester’s Girl Friend, fronted by siblings Amory and Eleanor Neish -Melling, have just served up another sweet little collection of fresh dance-pop in ‘At This Time of Night’.

While still holding much of the same flavour of ‘80s-via-EDM’ as its precursors, this release at the same time displays some quite marked – and always welcome – signs of musical progression.

Take, for starters, the punchy first track ‘Eight In The Morning’, which starts off sounding like something from the charts circa 2008 but flowers into something far broader and more intelligent. It’s essentially the musical equivalent of a surprisingly well-brewed morning cuppa.

Lyrically, however, it’s rather melancholic, remarking how the blue skies of a new day seem irrelevant when faced with anguish, which is admittedly a lot trickier to factor into a cup of tea analogy.

‘Call Me If You’re Lonely’ immediately offers something different, with a riff that sounds like Luther Vandross’s ‘Never Too Much’ on ecstasy, but is ultimately made their own through Amory’s unmistakable tenor.

It brings to the fore perhaps the two greatest strengths of this EP, too; its ability to completely switch it up from the previous track, and also to end a song in an entirely different place stylistically from which it started.

By far and away the highlight of this album though comes when they slow it down a bit in ‘Electric Blue’.

Fans of GF will be well familiar with this one already, but cushioned alongside other tracks it somehow manages to make even more of an impact, enveloping you in soft synths and a gentle melody that could easily reach those who are not particularly caught by their dancier output.

The finisher ‘At This Time of Year’, though, is something else entirely. Resembling something from France’s electropop scene along the lines of Jabberwocky (the beat especially seems a close relative of ‘Photomaton’) or perhaps even Christine and The Queens, it does well to add to the list of reasons why this group should be taken seriously as a pop outfit, and at the same time wouldn’t sound out of place at your local club either.

So what to say about this EP in short? Perhaps that the title ‘At This Time of Night’ should really be considered a listening instruction, for a start, as this kind of moody, clever pop certainly seems most at home in the small hours of the morning.

But also, if you wish to see it that way, that this is a great pitch for the future, showing impressive versatility and a knack for a singalong or two. The allure of Girl Friend seems stronger now than ever. 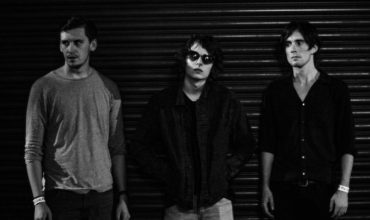 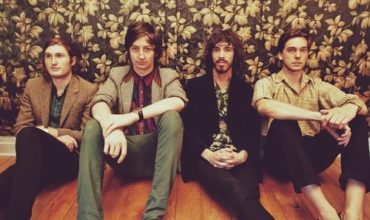 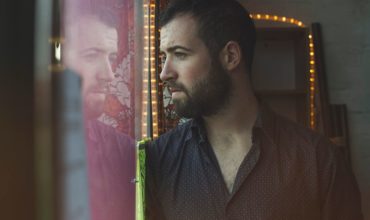