It must be pretty hectic for a band when they are on tour, playing gigs every night, keeping up the quality and pleasing fans along the way. Which is why we are so grateful to Eliza and the Bear for being able to squeeze us in for an interview.

Eliza and the Bear formed in 2011, after the collapse of their previous bands that the various members were parts of. The London band’s sound has pleased many music fans, with their light and cheerful tones and sing along lyrics.

We caught up with frontman James Kellegher, to discuss their latest tour, new material and random Jazz numbers.

Stephen McMahon: Firstly, I want to talk about the tour, you had 5 acts supporting you on a month long tour.

James Kellegher: Yeah 5 in total rotating around, we’re actually extending the tour out a little bit because, in Southampton, I lost my voice. So we’ve had to reschedule two shows, so Bath and Oxford are now on the 20th and the 21st, so essentially an extra two days on to the end of the tour so it’s never ending.

SM: How is the tour going, now you are around ¾ of the way through, is it something you haven’t done before, how well are you coping?

JK: We are coping pretty well, when we were told about the tour, we were a bit worried about a few places we haven’t visited before, and we were worried that no one would know who we were. We get stuck in our own little bubble when we are sitting in the studio writing we kind of forget that people actually listen to our band. So we’ve sold out quite a few shows and to be able to do that is really special, especially about how worried we were about ticket sales in the beginning. All the shows have been absolutely sick, and it’s been a lot of fun, all the shows so far have been great and it reminds you why you do what you do and it’s just the best job in the world.

Eliza and the Bear

SM: We came to see you at The Sugarmill in Stoke, and I’ve got to mention one bit that I picked up on, you had the drummer Paul and the bassist Chris just doing a little jazz number between songs.

JK: When we played in Colchester there was a pedal board issue or something, so they just started playing little jazzy jamming session and it just kinda just turned into a thing that we just started doing on all the shows. It’s made it more interesting where there is a little break between sets with them jamming around.
SM: You were featured on Radio 1’s playlist, how was that?

JK: Pretty mind blowing to be fair, when we started out we had no real intentions of being a fully functioning band or touring a great deal. So for that to turn into, radio 1 playing us on the regular and being on their playlist is a bit bizarre to us. We can’t be more grateful to radio 1 for supporting us, they’ve really put us in a place where we have wanted to be for the whole of our lives. It’s just an amazing feeling for us.

SM: Has it made you realise your potential as a band and give you a nudge to say we can keep going?

JK: We definitely work hard as a band, we put everything into this on a daily basis if we’re not on tour we are writing in the studio. We are 30 tracks deep into the next album, so we are always working really hard, but we try to forget the pressure, I think the pressure of having that kind of support can make you veer off on a path that might not be very beneficial. We try to keep our heads down and ignore the outside world a little bit when we are working hard writing, just so we don’t get tainted too much. It can go to your head a little bit so you’ve just got to keep your feet on the ground.

SM: What appearances are you hoping for this year?

JK: Well we are massive fans of Reading and Leads Festival, Glastonbury and things like that so it would be a dream to play those kind of festivals. So if we got booked on those, that would be the dream. That would be my summer completed, I’m not dropping any hints or anything, nothing is being booked yet, but we are keeping our fingers crossed.
SM: What can we expect from Eliza and the Bear in 2016?

JK: Well we have the debut album coming out on April 8th this year, so we are going to have plenty of new singles, we are about to drop the next single from the album which will be the lead single, so hopefully that gets as much support as the previous ones. After this, it will be album time and then we have 16 tracks that we have been working on pretty hard for the past couple of years and a big body of work that everyone can listen to instead of just individual songs, so we’re really excited to get that out.

SM: Where did the name ‘Eliza and the Bear’ come from?

JK: With the original start of the band, we weren’t intending on wanting to tour or being an actual band, so a name didn’t really matter we just needed a name to put some stuff on Facebook. Paul, Our drummer found a collection of poems called Eliza and the Bear, and the lyrics were kind of similar to the tracks that we were writing, so we emailed the poet and asked if we could use the name and she said yes. Now everyone thinks I’m a girl or a bear!

and tune in to his radio shows;

6TR DriveTime on 6 Towns Radio, Wednesdays from 3PM and on Twitter @6TR_DriveTime

Listen to the interview in full here 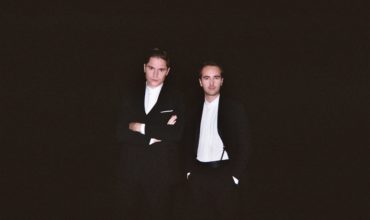 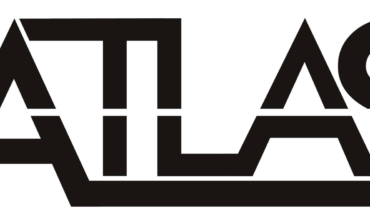 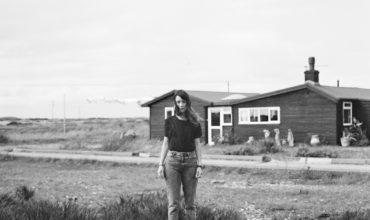