Summery-pop, Coasts, have been making waves since they first released ‘Oceans’ back in 2013. Since then they have released an array of songs accumulating in their self-entitled debut album. With touring being one of their favourite perks of the band life, it is no wonder at how big a following they have created. This year alone has seen an album release, a tour of the US and also a nice 10-date-tour of the UK before setting off on a summer jam-packed with festivals. We went to talk with front man, Chris, ahead of their final UK date at Leeds Brudenell Social Club.

Stephen McMahon: First of all, your tour, started at the end of May. A nice 10-date-tour. Tonight is the last night, so just sum up how the tour has been for you.

Chris: Its been great man, we absolutely love touring! I say it all the time. It’s the best thing about being a band. Seeing that immediate reaction to your music. The venues have been great, Bristol and Oxford sold out and all the others have been pretty close. This is the first major UK tour that we have done since the album has been out so this is the first time that people know all of our songs. Whereas before they would just know the singles.

Stephen: Have any shows in particular stood out for you?

Chris: Bristol was great, first show on the tour and also a sold out show. There were loads of fans really up for it. Nottingham’s Rescue Rooms has always been really fun for us, but also Leeds as well, we played The Wardrobe before and it was wild, tonight should stand out.

Stephen: You have played Leeds Brudenell Social Club in the past. What made you come back?

Chris: It’s a really nice venue. The guys who run it are great and run it really well. We feel really comfortable here and it’s a great place to play and be part of.

Stephen: How does the UK tour compare to your US tour previous?

Chris: In the UK we have a lot more guys, who like to start mosh pits. In the US we have a lot more female fans though. It is very weird to be honest. Lads when they’ve had a drink want to jump around in to each other, but girls just want to scream and touch us. Touring wise, we are a lot more familiar with the UK because we understand everything. In the US, we had a tour bus though which was a great experience. In America, you won’t understand until you have been there, but the landscape changes so much!

Stephen: Out of all of your songs, can you pick a personal favourite?

Chris: ‘Lions’, it means the most to me personally. Its very different to the other songs because it has a completely different vibe to the rest of the set, it’s a nice curveball.

Stephen: Casting back to your early music, ‘Oceans’ which was released originally in 2013 and featured on ‘Made in Chelsea’. To what extent would you say, that track made Coasts?

Chris: Massively! When we first released the demo of it in 2013 it was the first thing we had. We recorded it with our mate and put it online with a cheap budget video and on Soundcloud. People were sharing it on Tumblr and It gained momentum. It grew really organically and naturally. That song encapsulates what we wanted to be as a band and especially in our early days, it bubbles along in the verses reflectively and then in the chorus it explodes. We knew we had stumbled upon something great and we understood what we wanted to do it again in the future. It gave us a huge boost because it opened us up to so many more people. Because people shared it, we made a huge boost in our following therefore we had better shows. It was amazing that we could create a song like that. It gives us the potential to do it again.

Stephen: Would you have made it here so fast without it.

Chris: It definitely helped, but we also have huge songs as well that are really strong. We just want to keep making other songs and albums and continuing to tour. I’m not bothered about the pace of it all, just as long as we are making music. Oceans definitely helped and we are grateful of all the feedback. Maybe we wouldn’t be as big as we are but we would still be creating music.

Stephen: Did you see a lot of feedback from people hearing you on ‘Made in Chelsea’?

Chris: For us to make new fans, and gain access to bigger and wider audiences is good for us. No band can be selective as to who they want as fans. It’s great for our music to reach more people. ‘Made in Chelsea’ help us get our music to more people and continue to use our music. We have a playlist on Spotify called ‘Coasts in Chelsea’. We have seen fans that have specifically told us that they found out about us through the programme.

Stephen: Continuing on that same song – it was online, then it wasn’t, then it was again. And along with that, you’ve changed the album art a few times too. Talk me through why that happened.

Chris: So, in the early days, that artwork was done by our mate in Bristol. He did all our early artwork including the Paradise EP, which had ‘Oceans’ on. It took us a while for us to figure out what we wanted our aesthetics to be online. It may have taken us longer but we just wanted to be sure about it all. Its so hazy and saturated and poppy, but its nice now and we really like how summery it is. Our fans from the early days really got on board and some fell in love with us because of the early artwork so we will go back to that at some point because that’s what the fans want. We as a band love the Paradise EP.

Stephen: What would be the ultimate goal for you as a band to achieve in your entire music careers?

Chris: Honestly, to just be able to keep writing music that we’re proud of and eventually be playing arenas. We want to try our hardest to get to the point where loads of fans connect with our music. We’ve got a really solid foundation now and if we just build on that then it’ll be incredible.

For more information on when you can see Coasts performing over the summer, go to their Website here! 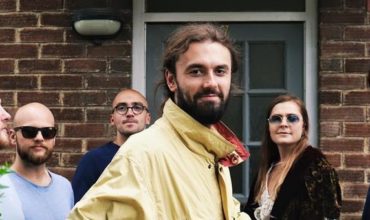 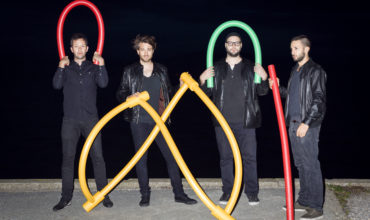 Listen: Only Shadows – Too Late 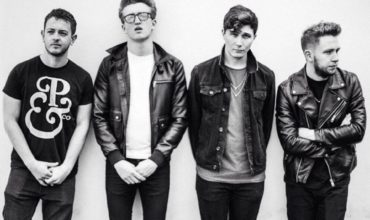