Back in the sunny sweltering days of June, Black Honey announced something huge. After several singles and one EP, they were releasing an album. My first thought was “FINALLY! I’M SO EXCITED”. My second thought came shortly after which was “I have to speak to them about this.” After a quick arrangement through their management, I sorted a FaceTime interview with lead singer, guitarist, and all round angel Izzy B Phillips. The interview was conducted, recorded, and a write up was started, only to find the hard drive I’d put it on corrupted and was thought lost forever. Except it wasn’t. Despite all my flaws, I had a backup that was entirely forgotten about and recently found.

In the middle of a sunny July morning, I found myself video chatting with Izzy which provided not only some incredible insight to the band but into Izzy’s mind and the band’s mind as a whole. In all honesty, I was surprised by the video side of the call and while working from home was very glad I put some clothes on. Black Honey’s self-titled debut album is nothing short of genius. Black Honey have constantly pushed the boundaries of indie music, blending other genres into their songs as well as creating seemingly their own genre altogether. Izzy was on a break between working with a graphic designer on some merchandise having recently come back from a show opening from Queens of the Stone Age.

“Yeah that was fucking awesome, opened the main stage, got to see Iggy Pop, met The Hives, we watched Queens. Announcing the album and then opening for QOTSA the next day was basically my dream.”

Having only announced the album a week before we spoke about the reception to the announcement which I can only imagine entirely applies again now that the album has been released  “Incredible, overwhelming, so many people preordered, the numbers are staggering, for an indie rock band who do pretty much everything ourselves its quite humbling that so many people are emotionally invested in what we’ve created.”

This unsigned band that are pushing the boundaries of the indie scene have managed to hit 22 in the UK Album Charts, a feat that is nothing short of incredible. Single releases from the album included the massive dance-inducing ‘Midnight’ and the dark pop track ‘Bad Friends’. With these releases, people saw a change in Black Honey’s style. Their Americana/Indie Rock style was changing, developing into something even more beautiful than before. “The album is super different, but it’s still Black Honey, we describe it as the Black Honey DNA, its like we explore different genres, I’ve been obsessed with hip-hop, things that reach further to people. I want to touch hearts of every teenager in every bedroom, I don’t wanna just be like in the indie world forever.”

Their influences of not only hip-hop as Izzy mentioned, but older artists come through beautifully in their music. “what would Leonard Cohen sound like if I wrote something inspired by him to a hip-hop beat or changing the formula to see the outcome. That’s where the interesting magic came in. We did some crazy shit, on the last song of the record (“Wasting Time”) we’ve got a symphony orchestra. Who’s first album has that?!”

Black Honey’s earlier work often sounded like it belonged in film soundtracks as if Quentin Tarantino was speaking to Izzy in the back of her head during the writing process. I was incredibly interested to see where this style came from. It’s one that’s so distinctive and put the nail in standard indie music’s coffin, set it ablaze, and from the ashes rose Black Honey.

“Definitely my ex-boyfriend. He showed me Wes Anderson movies, I’d never seen Hitchcock before him, I was exhausted because I’d been working full time in this minimum wage job and I was on the dole, trying to pay bills. He was a composer and he said ‘come round my house and I’ll let you chill out’. He gave me a laptop and said here you go, here’s a laptop here’s a microphone here’s a guitar, he’d stick on a movie and say “watch this”. I did that for four months every single evening, whether I was off or straight after work I was watching movies and playing guitar and writing. That’s when I got obsessed with cinematic narrative and creating that music. I want there to be a Mia Wallace in Rock and Roll? Where’s my Beatrix Kiddo? So I thought I’d just…invent it.”

We went out in Barcelona with Royal Blood for Halloween, everyone got so drunk so early, I did all their makeup all the boys dressed in drag it was so fun…

Even their new material feels incredibly cinematic and is beautifully shown through their short-film-esque cinematic music videos. Not only are boundaries of the music being pushed, but video, performances, and even fashion. Their tour with Royal Blood earlier this year helped influence some of the album as well, including writing the song “Into the Nightmare” with the Royal Blood boys. Stories from this tour started being discussed and clearly they had a lot of fun.

“My fave story from tour, we went out in Barcelona with Royal Blood for Halloween, everyone got so drunk so early, I did all their makeup all the boys dressed in drag it was so fun, we got to the club so early, we were at the club at midnight and that’s early there, Ben and Mike start a conga line with the whole of our crew, the whole of their crew, absolutely smashed, I put Tommy and Tom in a taxi, usually I’m the lightweight but I put them in taxis individually like ‘get back to the tour bus’. We come home like three hours later, our tour manager goes “Tom’s cut his legs open and is bleeding everywhere, he’s a nightmare, he got dragged in by the police and was running up and down the van in his pants and fell over in the tour bus, scratched his knee and bled everywhere. We had to take him to hospital and get him jabs the next day, all dressed as a sexy cat.”

The album itself only featured two tracks released pre-announcement: ‘Dig’ which had a new mix for the album and ‘Hello Today’. The band haven’t left their roots behind in any form, the inclusion of these tracks, as well as the deluxe version of the album including a whole record of old material, it shows the band aren’t completely changing, they’re just developing into something even more incredible than before.

Izzy, much like other women in the industry, has been incredibly vocal about her experiences as a woman in the industry. With the album announcement, she put up a post as a letter to her past self and all girls promoting a hugely positive message of self love and determination. I wanted to ask her about such an important issue, not through misunderstanding but to show her side of such an important issue.

“I say how I feel, at the moment I feel like I could’ve done with me when I was younger, I needed someone who is what I am now. I’m not like a good role model at all I wouldn’t recommend my life or lifestyle to anyone but…I was raised by women, in a world where my mum thinks I’m the girliest girl in the world, she’s a tomboy, sailor, handyman, I’ve got a matriarchal family because I didn’t have a dad around, that was my world. I thought god if this is hard for me, what’s it like for girls who have pressures on things like how they look and have grown up on expectations to have a family instead of run a business, have like all of these things. It talks in huge volumes like, you can still do things like raise a family and be proud and make something of yourself, but we live in a world where like female castration is like a huge huge issue. Its reflected in subtexts of culture, I’m interested in how that connects to little things and how movements in culture can reflect bigger changes in bigger places. That’s what’s interesting to me at the moment.”

Black Honey’s debut is a seminal album. It’s genre-defying tracks belong in sold-out arenas and will inspire not only girls, but the entire world to be different, be even better than before. Their shows are some of the most fun you could have at a gig, not only is it an incredible performance, but it’s interactive, the crowds are always fantastic, and you can see that they belong on tour. “I perform better on stage than I do in day to day society.” she says with a laugh.

This interview let me peak through a window into Izzy B Phillips’ mind. A beautiful and creative vision that is changing the scene and industry one song, and now album, at a time. ‘Black Honey’ is a stellar album, its inclusion of older tracks grounds you, while the new more experimental songs push you into a state of different consciousness that only Black Honey can achieve.

This album is truly genre defying. It's fun indie rock/pop blended with a mass of other genres and influences. It shows Black Honey's true potential and gives us excitement of what's to come. However the albums flow leaves something to be desired with it sometimes feeling more like a collection of singles.

RAT BOY steps it up a notch on INTERNATIONALLY UNKNOWN

This album is truly genre defying. It's fun indie rock/pop blended with a mass of other genres and influences. It shows Black Honey's true potential and gives us excitement of what's to come. However the albums flow leaves something to be desired with it sometimes feeling more like a collection of singles.
9 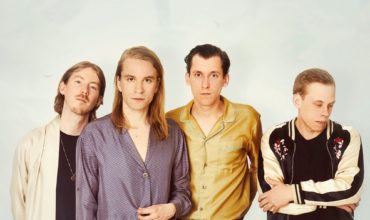 Ones To Watch 2020: The Covasettes 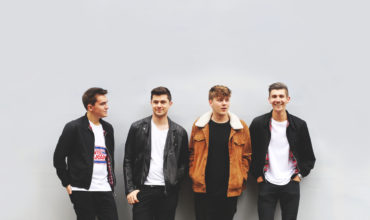 MAM Song of the Week: Matter of Mind – ‘Sparks in Our Blood’ 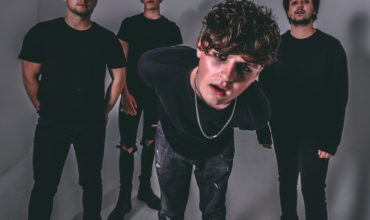