When they weren’t celebrating the legendary triumph of their local team, the people of Leicester last year were also apparently keeping one of British indie’s biggest secrets to themselves; the raucous, electrifying outfit that is Arcades.

Now, however, it seems the cat – or should that be fox – may be out of the bag.

Already selling out venues in their hometown just a few months in, the lads already appear to be specialists in the kind of synth-lead, guitar-driven anthems that have made a welcome return to our airwaves in recent times, courtesy largely of last year’s success story Blossoms.

Make no mistake though, there appears to be much more to this five-piece than just your standard sound-alikes, with recent releases ‘When The River Flows’ and ‘Kings and Queens’ seeing them become hot tips for the next twelve months, even featuring in This Feeling’s ‘Big in 2017’ list alongside the likes of Cabbage and Vida.

We caught up with lead singer and guiatrist Tommy Cobley ahead of the release of new single ‘Phantom’ to ask quickly what the fuss is about, on the experience of recording in a residential studio and what the future may hold:

We’re expecting your debut single ‘Phantom’ any day soon now, when’s it out?

We’ve not announced a release for it yet but people can expect it very soon for sure, plus a few extra surprises we’ve got up our sleeves.

You’ve been recording at the Rockfield Studios recently, legendary place, how was it?

Rockfield was great. Wales is like our second home, we’ve always recorded down there.  As soon as we drove up the drive it felt as if everything just felt into place, ya know. We felt at home. The recording process felt right, nothing dragged and it all flowed well. The vibe there is something else and what we’ve got recorded has blown our minds. We’re really excited right now and can’t wait for people to hear the new tracks.

If This Feeling are to be believed it’s going to be a big 2017 for you lads – you’re one of their picks for the year– what’s it like to get that kind of recognition this early on?

It’s a good buzz for us to be fair. We’re feeling ready for this year. 2016 was all about getting everything in place for us so this year we can showcase what we’ve got, properly.

Being from Leicester you’re inevitably going to face the comparisons to Kasabian, is that a help or a hindrance for you?

I mean you’re never going to get away from that sort of thing. If you’re from Manchester it’s the same deal with the Oasis and Stone Roses comparisons with new indie bands. We’re just doing our own thing, we know who we are and we’re living it. The music makes up people’s minds when it comes down to it.

What’s the highlight been for you so far?

Biggest highlights so far has got to be Phantom getting its first play on Radio X, and selling out the O2 Academy 2 in Leicester. We made our debut in London in this tiny pub in Camden town just before Christmas. That was pretty mad too!

Where do you see the band in a year’s time?

With a UK tour under our belts, more festival dates and recording more music. Basically everything we’re doing this year but on a bigger scale.

Arcades are streaming a preview of their debut single ‘Phantom’ here in anticipation of its near release. Future releases and dates will be announced on their Facebook and Twitter pages. 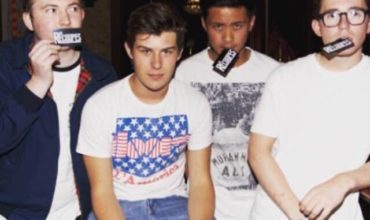 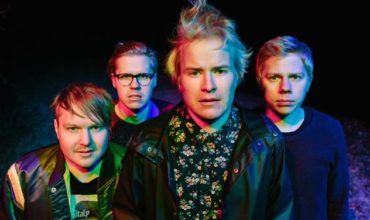 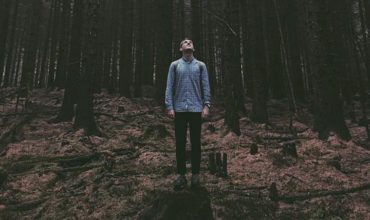