Alvvays’ sophomore album ‘Antisocialites’ is a sharp 32 minutes of concise, lovesick lyrics and dream-pop, shoegaze melodies. The Toronto-based indie-pop quintet sustain the classic, endearing, and lovelorn sound of their equally succinct, 2014 debut self-titled album with the same penchant for realistic, clever lyricism, and the ethereal, delicate vocals from Molly Rankin.

Although ‘Antisocialites’ doesn’t present a counterpart for ‘Archie, Marry Me’, most of the tracks can still be likened back to the shoegaze-y, longing, synth melodies of ‘Party Police’ or ‘Ones Who Loved You’ from their debut record. Two of the strongest tracks from ‘Antisocialites’, singles ‘In Undertow’ and ‘Dreams Tonite’, are typical in Alvvays shoegaze sound and lyricism. The opening track, ‘In Undertow’, plays with metaphor and presents the concept of Alvvays’ break-up album.

On ‘Antisocialites’, there’s no shying away from making ‘pop songs’. Tracks such as ‘Not My Baby’ and ‘Your Type’ are catchy and fun – ‘Not My Baby’ is a 60s-inspired, jangly, getting-over-a-break-up song that doesn’t lack in clever lyricism with realistic world views: ‘traded my rose-coloured shades for a wide lens’. ‘Your Type’ is distinctively 80s-influenced pop nostalgic over being kicked out The Louvre. Other tracks, such as ‘Hey’, are more in the 80s realm of new wave: particularly reminiscent of A Flock of Seagulls’ 1982 track ‘I Ran’.

One of my favourite tracks from ‘Antisocialites’ is the homage to The Jesus and Mary Chain’s Jim Reid. ‘Lollipop (Ode to Jim)’ is an acid-trip ditty – it’s a lot of fun, with some great lyrics such as ‘alter my state to get through this date’, and ‘he was on my list at the grocery store’, let alone the ‘lollipop-pop-pop’ chorus.

After some soothing tracks in the form of ‘Already Gone’ and ‘Saved By a Waif’, the album closes with the longing ‘Forget About Life’. This track is a soft, repetitive, and aching song that praises Molly Rankin’s vocals as the easy interrogative ‘did you want to forget about life with me tonight?’ fades in throughout the song. If  ‘Antisocialites’ tells a story of falling in and out of love, then ‘Forget About Life’ restarts the tale through experienced eyes: where ‘Dreams Tonite’ relishes in ‘fluorescent light’, ‘Forget About Life’ has a predilection for the ‘flickering light’ instead.

‘Antisocialites is easy-going, easy listening, but equally something you should pay attention to. In its succinctness, the songs are crisp and, despite some discrepancy in the strength of some tracks compared with others, Alvvays’ album remains endearing, simultaneously sharp and gently realistic, and not afraid to throw some fun in there – although nothing beats rhyming ‘matrimony’ and ‘alimony’ on their debut album.

Song Of The Week The Japanese House – ‘Good Side In’ 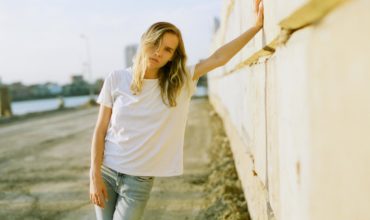 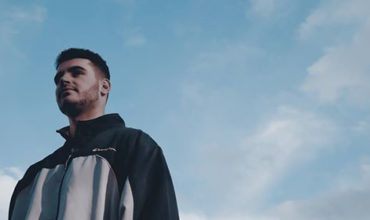 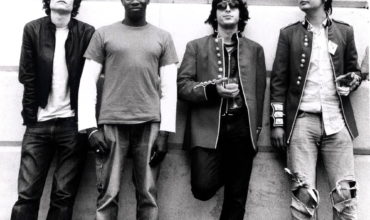