Four girls packed full of fun – The Big Moon are to release their debut album Love In The 4th Dimension on Friday.

Speaking of the album, Juliette Jackson said: “We spent twelve gorgeous summer days in the studio hanging out with the brilliant producer and super babe Catherine Marks, experimenting and noodling and shredding and hitting things until all the right noises happened at once.

“We’ve been playing these songs for two years now, and it’s a dream come true to finally immortalise them on record. It’s like having eleven tiny babies all at once, all with their own little faces and voices and personalities, and now we’re ready to throw them out of our nest and into your ears.”

Love In The 4th Dimension starts with grunge laden guitar pop tune ‘Sucker’. Re-mastered for the album, Sucker this time making Juliette’s vocal sharper and stronger than before bouncing over the heavy riffs. ‘Pull The Other One’ is track two from the debut album, bigger choruses, and dirty guitars make this rock anthem a perfect track when performed live.

2016 single ‘Cupid’ and new track ‘Happy New Year’ are punchy and catchy as hell, yet delivered with a touch of finesse. You’ll certainly be tapping the floor and bopping your head. Formidable, co-produced by Catherine Marks and Juliette Jackson is somehow contained within three minutes. The track is a modern-day blast of leftfield pop, all merciless of frantic hooks with a joyful climax and chiming guitars.

The album takes a swing into a different approach in ‘Bonfire’ with no signs of keeping with their bouncy, grunge pop by lighting the match and let themselves out of their pop cage into a four-minute rock sesh. ‘The Road’ quickly drags them back onto the right path continuing their pop tunes.

Next up the flagship single, ‘Silent Movie Susie’ is a knowing, modern-day blast of leftfield pop, all merciless of frantic hooks and four-part harmonies that back Juliette Jackson’s brazen croon. Already a highlight of the band’s vehement live show, this new single, for all its charm and melody, could moonlight as a stunner that Justine Frischmann agonisingly mislaid during the recording of her band’s debut record.

Unheard tracks ‘Zeds’ and ‘The End’ round up the album in a nicely tied bow. Even when Juliette sings the line “boy I’m afraid this may be the end”, there’s still plenty more lined up with these young ladies. The eponymously named ‘Love In The 4th Dimension’ asks you to “suspend your disbelief” because “this earthly verse could never describe” the complexities of romantic love.

Black Honey to support Catfish and the Bottlemen tour 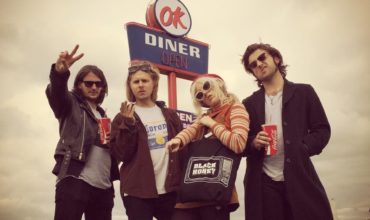 Rationale releases ‘Into The Blue’ ahead of debut album 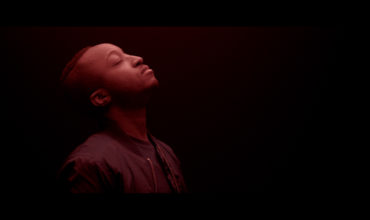 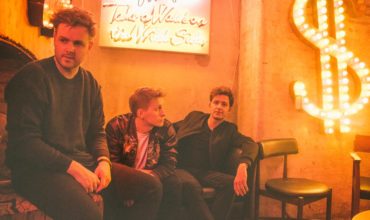