IndieCentralMusic was founded as a response to the lack of real industry experience for the next generation of music journalists. Created by three college students, ICM’s mission has been to offer experience to those currently in regular and further education and now we’re not alone. We had a chat with Kayleigh Ramchand about her recently founded organisation, Speak & Sound as she looks to pave the way for tomorrow’s music industry leaders.

What is Speak & Sound?

Speak & Sound is a non-profit organisation founded with the aim of increasing opportunities in the music industry. Our primary focus is on helping young, ambitious people from diverse and less-advantaged backgrounds realise and achieve their potential in a sector which is, frankly, a closed-door and exclusive environment.

What prompted you set up the organisation?

Firstly, I think the UK music industry as a whole is acutely aware there is an imbalance concerning the employment prospects of certain communities. For instance, UK Music’s most recent diversity survey, published in 2018, found that less than one-fifth of the sector’s workforce were from the BAME (Black, Asian & Minority Ethnic) community.

The Department for Culture, Media & Sport also recognised that the majority of those employed by businesses operating within the UK music industry were from what they described as “more advantaged backgrounds”. Personally, for me, this emphasises the notion that our industry is an exclusive members club, and that’s not how it should be!

I’ve previously been involved with other industry bodies that, despite their will to effect a positive change, do not necessarily have enough in-house resource dedicated to focusing on the issue. I wanted to create a platform where underrepresented talent could find a pathway into the business by offering a dedicated support network, alongside training & mentorship, and work experience opportunities at leading music companies.

There are lots of things we want to achieve this year! We’re already underway with our first work experience placements, which we’re really excited about. We’re starting to partner with schools and colleges to help nurture future talent.

We will also be launching programs that will include industry panels, delivered by inspiring and relatable professionals from across the entire spectrum of the business, as well as seminars and training sessions to help young people develop their skill set and knowledge of the industry.

Why do you think the music industry is so exclusive?

It’s no big secret that the industry has historically been run by middle-aged white guys. As I said, many organisations in the business are trying hard to tackle this imbalance, but progress in this respect is very slow, and the stats prove there is still a long way to go. It’s a challenge because it’s a culture that’s been built up over decades. We need to start a dialogue between the industry and communities that have been underrepresented, that relationship doesn’t really exist right now.

I also think we can improve the situation by promoting the music industry as a realistic and achievable career path. Young people, especially those from less advantaged backgrounds, often don’t see the business as a viable career choice because it doesn’t feel accessible to them.

What can people do to get involved with the project?

We’d love to hear from anybody who wants to be involved. The best way to reach us is via the contact page on our website: www.speaknsound.com Or find us on our socials; FB: www.facebook.com/speakandsound IG: @speakandsound TW: @speakandsound 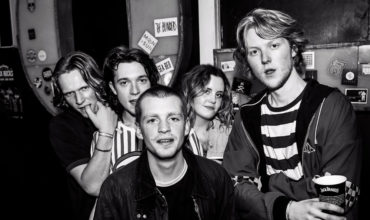 Song Of The Week: Jukebox The Ghost – Stay the Night 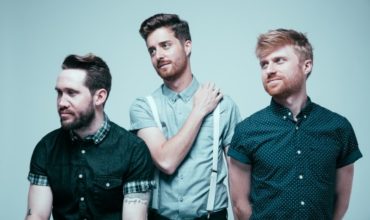 Album Review: Sløtface – Try Not To Freak Out 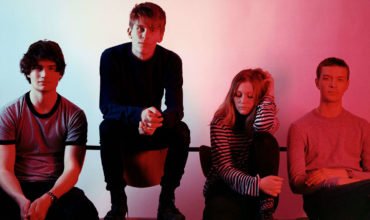