Yorkshire five-piece Sheafs have just dropped their music video for ‘Care Less’, a pedal-to-the-metal, full-on, relentless indie masterclass which is premiering on ICM.

Released on the 11th September, it acts as early ammunition for their upcoming tour dates and continues their onslaught of new music that’s taken them through 2019 at full pelt.

Firing on all cylinders, the Sheafs boys aren’t messing around with this one. The foundation-laying drums and gnarly fuzz of a bassline hold things together as Lawrence Feenstra’s vocals cut through perfectly. After a heavy summer of touring across UK, not to mention winning the ‘UK Talent Winners’ at Madrid’s Mad Cool Festival, this is a real statement of intent from the band.

On ‘Care Less’ deeper meaning, they added: “Care Less was written with a double narrative.

“On the surface the lyrics condemn those applicable social pressures of ‘fitting in’, much like being back at school and aspiring to be one of the ‘cool kids’. The second narrative is a something of a self-reflective one.

“Caring less about having a sound that is refined and embracing one that isn’t…We see this track as a major stepping-stone in our song writing and will dictate where we go next.”

Few can lay claim to cramming so much energy into such a small timeframe, but Sheafs seem to have managed something special in these explosive two and a half minutes. Brace yourselves for this one.

In the new video co-directed with Sam Crowston (The Blinders/No Hot Ashes), Sheffield’s fast rising quintet dig out the fancy dress box and hit the running track of Sheffield Hallam University for a showdown like no other. Expertly synced to the break-neck tempo of ‘Care Less’, the clip is a bizarre and brilliant accompaniment to the band’s latest sonic offering.

Fielding ideas for the new video, SHEAFS explain how they finally landed upon its fittingly novel concept, plus some of the hurdles they encountered along the way.

They added: “Essentially the costumes were used to emulate the attitude of caring less about your image and running a race in those outfits seemed like a fun idea! The running also mapped well to the tempo of ‘Care Less’ and it is pretty upbeat…It was shot in 30 degree heat and one of the lads had stitches in their leg.”

I really enjoy the fast-pace, no nonsense aspects of it all. I get what they're trying to do 100%!

I really enjoy the fast-pace, no nonsense aspects of it all. I get what they're trying to do 100%!
8 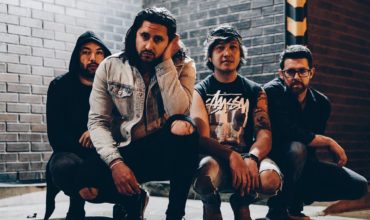 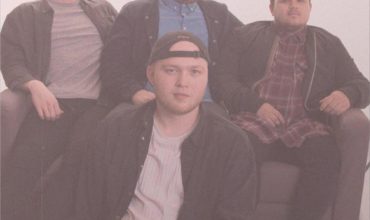 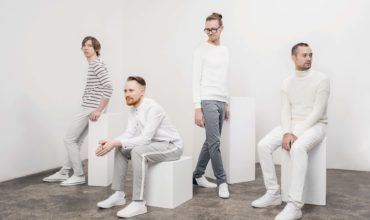