Live at Leeds celebrated its 10th anniversary this year – Bringing local musical talent along with upcoming sensations from across the country into one city to create an incredible atmosphere. Although this festival only lasts one day, people have sure been talking about it days and even weeks later. We wanted to get an insight into this spectacular music event and really find out what it’s about. So what better way than getting local rising Leeds bands, Dear Friends and Glass Caves, as well as hotly tipped, Clean Cut Kid and Spring King to give us their opinions of the day!

Stephen McMahon: “Dear Friends, you are local to Leeds and opened up the venue that is, The Nation of Shopkeepers. Just describe your feelings and the overall atmosphere from your perspective.”

Dear Friends: “We were very nervous at first. We had to open up the whole venue for the day ahead and we saw that as a lot of pressure! However, the beauty of being first on stage was that we got an actual sound check, some bands may not get that today because of the tight schedule. Atmosphere wise we were shocked. About 5 minutes before we were to start the place flooded out! We knew we had to warm up the crowd for the rest of the day. At first, we could see ourselves struggling but luckily the crowd got into the swing of it. Personally for us, it was great, because we were at the next venue down from where you get your wristbands for the day – so obviously the first point of call for many festival-goers. Overall a great experience and great atmosphere, everyone is here to enjoy music and plus the crowd wasn’t drunk at that point so will probably remember our name!”

After looking through the previous line-ups for Live at Leeds and John Legend doing a secret piano set, it isn’t hard to realize that the event organizers pride themselves on helping upcoming acts to that next level. There’re two ways to look at it though. Established headliners will bring in higher ticket sales, but is that what Live at Leeds is about? We asked all 4 bands (Dear Friends, Glass Caves, Clean Cut Kid & Spring King) just how important it is to stay focused on the newer acts.

Glass Caves: “It is a great festival for focusing on the newer acts. I think there’s a lot of bands that are on the cusp of being big. When we last played this festival, Catfish and the Bottlemen were playing in The Faversham – and now they’re doing arenas! For example, our friends, Clean Cut Kid, they will do great for themselves music wise and Live at Leeds is really supporting them.”

Dear Friends: “It’s massively important. They’ve done a great job at mixing the acts this year and it’s great that local bands have been able to get a slot at a venue that they wouldn’t usually be able to play. This sort of festival really gets the smaller bands’ names out there and its publicity that we can only be grateful for.”

Clean Cut Kid: “I think with these city festivals, where it’s very student based. You find a lot of people all into new music and loads of bands forming every day. The fact that there is something like Live at Leeds, where we can celebrate that and offer them the chance to just get up and play to an audience, it’s just crazy. The music industry is stacked towards people being able to find new music nowadays and we just came back from SXSW and that’s a great example of the standard of the music but there’s no hierarchy with bands! Bastille and Everything Everything played from 1 o’clock onwards and we played that very same stage at 3 o’clock. There is simply no hierarchy! John legend did a set of a piano in a little bar and that’s what Live at Leeds is a bit like. It Isn’t built around headliners, it’s special”

Spring King: “I think it’s a nice variety of bands at different points in their career. We should always support new music and boost each other’s careers in the best way we can. Leeds itself has a proper DIY sensibility and a lot of local acts on the verge of making it, along with great small venues helping those bands. We noticed that today The Brudenell Social Club Games Room is full of just local acts, which is just fantastic for the city!” Acts that we see at these inner-city festivals tend to go all over the country performing headline shows with festival appearances left, right and center. So we wanted to know if the acts prepared for them differently – if there is, of course, any difference at all.

Clean Cut Kid: “Yes they certainly do differ! It depends on the crowd entirely, though. At festivals the crowds are mental, they’re feral! Especially when it’s camping, they’ve been in a field for 3 days, haven’t washed and just like ‘wahh’. Live at Leeds in particular, everyone has come together in a city for one reason and one reason only – have a few drinks and experience lots of music. It is odd because city’s themselves have their own musical identities that we have to cater for. Bristol with the Louisiana has its own rock side. Leeds has it is on DIY identity when it comes to bands being formed. London can be all types. Liverpool and Manchester also have a lot of history which defines them musically. All of this needs to be taken into account when preparing for a set.”

Spring King: “Yes our sets are shorter so we need to be a lot more compact. Also, the sound checking is a lot shorter too, it all adds to the fun, though. It’s just a mad adrenaline packed 30 minutes of mayhem. Whereas we can sort of chill out on our headline shows.”

Dear Friends: “Yes you’re playing to an audience that has paid to see music, whereas a gig is specifically for you. At Live at Leeds, we used a brass section for the whole set just to get it across and make a huge sound. At headline shows, your fan base likes the slow intricate songs sometimes and likes that we experiment on stage. Whereas at a festival and an audience who doesn’t know us, it needs to be a great first impression so we have to give it everything at once. And to make it trickier, it’s all got to fit into a 30-minute set.”

In celebration of the 10th anniversary for Live at Leeds. This year they introduced a new, free-entry stage straight in the heart of the city for all to see, called the Briggate Stage. Glass Caves opened up this stage on the day and really set the level of noise for the day ahead! We got their opinion on the new addition to the festival.

Glass Caves: “It’s Incredible! The amount of people who never come to Live at Leeds festival because they can’t afford a ticket or have no knowledge of the bands performing is huge, especially when it is people living in Leeds. People might just be shopping, and then ‘BAM!’, a great new local band starts playing their music whether they public like it or not! In our opinion, it really got our name out there today.

Overall the festival ran smoothly and saw over 200 acts perform within 1 city over 24 hours. Let’s see what new music Live at Leeds will suggest next year.

Follow Stephen McMahon on Twitter @McMahonRadioDJ and join him on The Fresh Music Fix for an update on all the best music that has only just been released. With exclusive picks chosen from our own ‘Ultimate Indie & Alt Playlist’ and to also hear the interviews before anyone else!

With exclusive picks chosen from our own ‘Ultimate Indie & Alt Playlist’ and to also hear the interviews before anyone else! Also you can listen to Stephen on Mondays from 5pm on The Fresh Music Fix (@Fresh_Music_Fix)

You can hear all the interviews in full below: 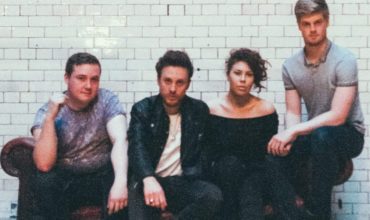 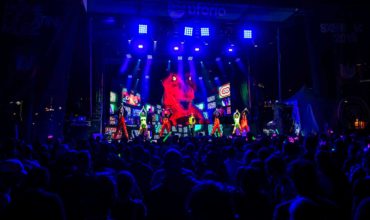 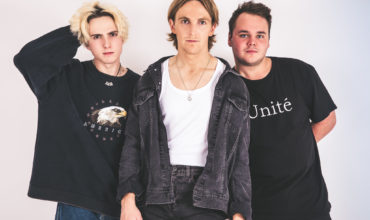