We all know how important Vitamins are to our lives, and this band is no different. We caught up with the four piece to talk about their upcoming performance at Live at Leeds and their love for small venues. The local Leeds band expressed their sorrow for independent music venues closing down one by one, calling them “priceless.”

Stephen McMahon: Who are Vitamin and how did you guys meet?

Jared: Well, we’re a band made from four lads from Leeds, formed about two years ago and all met each other in high school when we were 12.

S: What are you most excited for about the Live at Leeds festival?

J: Our set! I’m really excited for our set this year, I’m really happy with the slot that we’ve got so its going to be a lot of fun. We have a great following in Leeds so it should be good fun. I Love playing in Leeds!

SM: You have a prime slot at Leeds Brudenell Social Club from 9 pm. What’s your opinion on the venue?

SM: There are many other bands on at 9 o’clock. What makes vitamin so special that people should come see you at nine instead of someone else?

J: Well its our hometown, we have home advantage! At all of our live shows, we want everyone to feel like they’ve been invited to a party. Just a banging party!

SM: The new track, Waterfall, is finally out. How has the reception been?

J: It’s been received really well, it’s crazy how people have learnt the words so fast, we released it one day, and the next day when we were playing in Oxford, people already knew the words to it, it was mad.

SM: We keep seeing great track after great track coming from you guys, but when are we likely to see an album?

J: Next year I think, were constantly touring but more importantly were working on the new album all the time. We’re just always tweaking it and making it better.

SM: How many words are in the title of this album?

SM: I’m going to be a little bit cheekier now, could we have one word?

J: Oh, I’m not sure! If I give you one word, someone somewhere would easily work it out I’m sure.

SM: Is the album name a name of a song that’s already

out by you guys?

SM: Ok, well we’ll leave it there then, so you don’t get in trouble from the rest of the band. Is there a meaning behind the album, or is it just a banging party on one record?

J: A Banging party onto one record! No, we have a name for it, but I don’t think I can say what it is. But it’s an album essentially that summarises how much we’ve grown in the past two years and there are songs on the album that are some of the first songs that we had ever written. And that would have been writing over two years ago to writing yesterday.

SM: How important are independent music venues, and small music venues like The Sugarmill in Stoke-On-Trent and Leeds Brudenell Social Club, to bands such as your yourself?

J: Well they’re completely priceless! Where else are musicians supposed to play? Small independent venues and small bands are like bread and butter.

SM: When The Cockpit closed down in Leeds, what were your feelings?

J: It’s a real shame that the cockpit has closed down. It feels like there hasn’t really been a venue that’s taken its place. It kind of stood alone.

SM: What else have vitamin got in store for the rest of this year?

J: Well we’re doing the great escape in Brighton, we’ve never done that before, another festival called Lost Village Festival. Underground festival and there are others which you can find out all the details of on our website thisisvitamin.com.

For all information on Live At Leeds go to the website – http://liveatleeds.com

Follow Stephen McMahon on Twitter @McMahonRadioDJ and join him on his exclusive radio show, The Fresh Music Fix, for an update on all the best music that is only a few days old!

With exclusive picks chosen from our very own ‘Ultimate Indie & Alt Playlist’ and to also hear the interviews before anyone else!

Mondays from 5pm with Stephen McMahon on The Fresh Music Fix

You can Listen to the full recording of the interview here 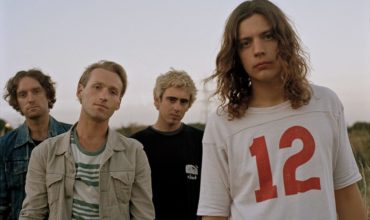 Album Review For The No More: New Navy – Lakeside 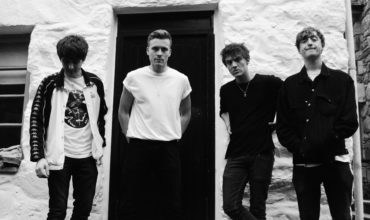