The ICM Awards 2019 are now finalised! We have narrowed down thousands of amazing songs, albums, videos and live performances into six award categories for the fourth annual awards ceremony. As 2019 comes to an end, the music industry in the UK has continued to thrive and flourish with a great range of new indie and alternative bands coming through the ranks, as well as the big guns continuing to show off their prowess.

So as we come to the end of the year, here are you ICM Awards 2019 winners!

What an incredible year for the London alt pop duo. APRE came out onto the scene in 2018 with their debut single and EP, but it wasn’t until this year that radio play, live shows and support really put them on the map. Since signing to Polydor Records, it has given them a big boost in terms of outreach so we can expect to be hearing about APRE a lot more in the future.

American rock giants Cage The Elephant had a busy year with their sixth studio album Social Cues (which was nominated for a Grammy Award) and hitting the road with dozens of festivals and shows. They rounded it year having been streamed over 412 million times in 79 countries as fans listen to their music to the tune of 280 decades this decade. The work’s not stopped yet however, they have an album tour in February-March and there are a dozen festivals still left to play.

Album of the Year – Foals ‘Everything Not Saved Will Be Lost Pt.1’

Foals really cannot put a foot wrong, the band made an emphatic return in 2019 with not one, but two albums as the quartet from Oxford set their eyes on their first UK number 1 album. Although Everything Not Saved Will Be Lost Pt. 2 achieved that status, our personal favourite was part one which debuted just shy in second by James Arthur. The fact that all of their albums have reached the top 10 is an impressive accolade for any band.

Aimed at increasing awareness of the vile amounts of plastic polluting our oceans, Anteros’ music video for ‘Drive On’ shows lead singer Laura Hayden being trapped within plastic bags and sheeting as they try to play. Directed by Vasilisa Forbes and Laura herself, their video has a stripped back and industrial feel juxtaposed against the ‘perfect’ and plastic-looking appearance of the frontwoman herself.

At the Roundhouse in London, it was a night not to forget. Friendly Fires had amazing lighting, cool dance moves and bags of energy as the St Albans trio sold-out their Infloursesent album tour across the UK. The video doesn’t quite do the show justice but for the final song of the evening ‘Kiss Of Life’ there are no words that can describe how good it was to be there in the moment, just take a look for yourself.

Other nominees were; The Vaccines at Roudhouse, Sounds Like A Storm at The Key Club, The 1975 at The O2 Arena and Flyte at 110 Above Festival.

Track of the Year – Sam Fender ‘Will We Talk?’

To add to Sam’s BBC Radio 1 Hottest Record of the Year, he has scooped the Track of the Year 2019 for ‘Will We Talk?’. The Geordie has rounded the decade off in style with the release of his debut album Hypersonic Missiles and extensive touring of festival and UK and European music venues has put the 25-year-old into a league of his own.

And that’s all for this year. Join us in December 2020 to celebrate what we anticipate to be another absolute corker of a year!

Come back every day of January 2020 to discover a new artist that we expect to take the next year by storm! In the past we tipped Tom Walker and Tom Grennan months before their BBC debuts, Rag’n’Bone man six months before he released ‘Human’ and Sam fender, 12 months before he was picked as the Brits Critic Choice. Here’s an exclusive, DECO will be the first announced artist of 2020! 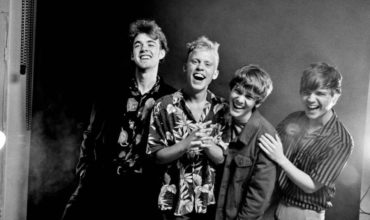 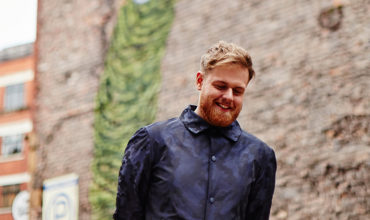 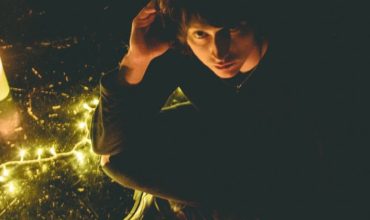