The ICM Awards have returned once more after another game-changing year of incredible Indie music. Here at ICM, we’re all about giving the spotlight to the artists that we think you should be listening too. In the past five years, we’ve given the likes of Tom Grennan, Tom Walker, Sundara Karma and Lauran Hibberd the chance to shine on our platform and they’ve gone on to be some of the most successful artists the UK has to offer. Now that we come close to the end of 2019, it’s time for a new category, Best Music Video.

The Stockport quartet already have a few impressive videos under their belt and their video for ‘Your Girlfriend’ released in June is no different. Featuring the band dressed up in Halloween-esque costumes, including Myles Kellock (keyboards, synths, backing vocals) as the pined after Frankensteins’ Bride. The video laces Super 8 footage of the British seaside and of traditional cafes as the romance unfolds.

Another June release comes in the form of Childcare’s ‘Sugarcane’. The video depicts both the band and actors finding their inner peace in a park before advertising their Get Well Soon programme. A plethora of spinning, dancing and chanting sees the video, which was directed by Maxim Kelly, represent the cult-like nature of wellness.

With a cameo from Jonah Hill, Blood Orange and more, this video is certainly one of the most star-studded of them all. Directed by Emmett Malloy, it shows scenes of lead singer Ezra Koenig cooking breakfast accompanied by a snake. The symbolism of the snake, lime green and even odes to the album artwork perfectly combines together to form the video.

London-based ABQ released the spectacular video for ‘Edge of the Earth’ in February. It features a helmet-cladded pilot of sorts wandering amongst desolate, empty lands. Filmed against the beautiful backdrop of mountains, the oceans and cliffs – it truly represents ‘the edge of the earth’ before resolving itself into a pilot with a passion for the drums.

With a video that highlights the impact of plastic on the environment, Anteros released ‘Drive On’ in February. The video shows the band being trapped within plastic bags and sheeting as they try to play. Directed by Vasilisa Forbes and lead singer Laura Hayden, the video has a stripped back and industrial feel juxtaposed against the ‘perfect’ and plastic-looking appearance of the Hayden herself. 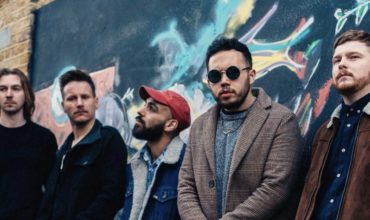 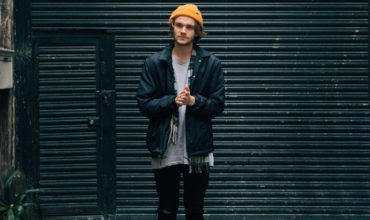 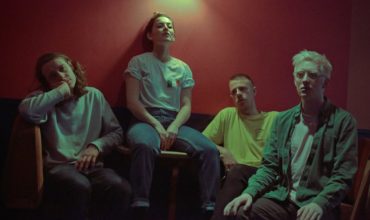