Red Faces have been on our radar since they released their first demo, ‘Katie Come Home’. After a great summer, they have music release plans ahead and who knows what they’ll tackle over the next 12 months.

We saw you perform on The Quarry Stage at Y Not Festival for BBC Introducing. Incredible set, well done, but can you tell us how the whole of your summer has been?

It’s been really good, rather hectic! Y Not was a big weekend for us, we actually went for the whole weekend, Thursday to Sunday. That festival was great, especially to be a festival-goer and playing. Tramlines in Sheffield, we played The Leadmill, surprisingly we don’t play many home shows in Sheffield. Overall we played Bingley Music Live, Glow Worm Festival and lots of other small festivals but they all had great atmosphere! Meeting fans over the summer has been great, lots of people have been asking us about the band and what our inspiration is. Online is big for us as well. Loads of people will often contact us online after the set as oppose to talking to us there.

In our introduction interview which we did with you about a month ago, you said that the Sheffield music scene has some good bands, likes of Bang Bang Romeo, Adelphi, but also that sometimes some people want ticket selling bands instead of bands with good songs. How has this hindered your own journey would you say?

We didn’t do the conventional gigs in Sheffield. We did a secret gig at this abandoned factory once which was amazing. And in our early shows, we played at the smaller venues that we don’t think have a lot of exposure, but that’s the best part.

From the start of Red Faces, what’s given you that ultimate exciting buzz feeling?

We’ve been going about 2 or 3 years and within that it’s probably when we played O2 academy 2 in Sheffield. It was the first gig where we went from playing at an Auntie’s birthday party to playing something that was more of a serious gig. Another one would be our secret gig as well, it’s a grotty dusty factory but it was full of our fans, and no one else!

Live performances, sum them up for us.

We never have anything planned, but we just really enjoy ourselves. We always see it as if we are on stage making ourselves dancing like an idiot then the crowd will be more inclined to make themselves dance more like an idiot. Just as long as everyone is enjoying themselves!

Now we for one definitely want to see some more music, and I’m sure we’re not alone, so when can we expect to hear some new material?

Maybe October, hopefully we will be releasing a single by that time for you all to hear! To me the song is about frustration with the youth. It says how being young should be this great thing and sometimes it’s not. But we look at many other views on this within the song.

Lyrically, what’s the type of topic that gets you going? what do you like to sing about?

Myself and Isaac write a lot of the music together and we focus on social commentary, not your typical Sheffield social commentary like arctic monkeys though. It’s a mix between being really poetic and also being in your face. We delve into politics a few times within our songs but don’t usually go to deep into that. We both love the Smiths and Pulp, and for us Jarvis cocker and Morrissey are very clever in the way they write.

You can also check out our review of RedFaces at The Sugarmill here!

Song Of The Week: Kings Of Leon – Waste A Moment 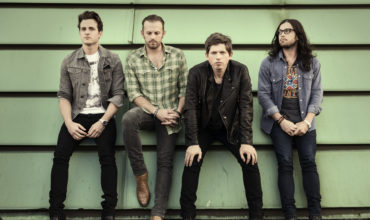 Live At Leeds – What The Bands Really Think 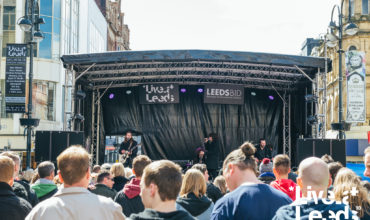 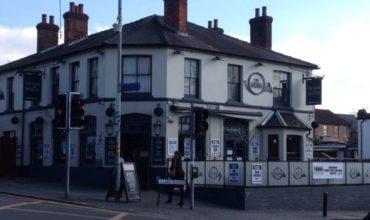