G’day fellow readers of IndieCentralMusic. For the foreseeable future, I will be writing a brand new featured based on my new found love for record collecting and vinyl in general. A little bit of background information about my musical tastes before we get down and dirty. I am very fortunate to have parents who were born in two different decades. My Mum was born in the 60’s and my Dad in the 70’s. They both grew up experiencing music in a totally different way. With my Mum being exposed to Soul, Disco and Motown to my Dad being blessed with the birth of Grunge, Punk, Metal, Indie and New Wave.

My influences are completely dominated by these two excellent periods of music. From the way I dress to the music I collect, I would say I am OBSESSED with their musical tastes. I grew up surrounded by artists like The Police, The Housemartins, The Fugees, Billy Ocean, Sister Sledge, Whitney, Jackson and many many more.

So, a little bit about my current collection. A very large portion of the albums I own are my Mums. Her collection of dance hits which range across the late 70’s to the late 80’s are mainly disco or soul orientated with a hint of pop from the era.

Sister Sledge: We are Family

The powerhouse quartet known as Sister Sledge released their second studio album in the wake of 1979 in the form of ‘We Are Family’. The A side of the record featuring ‘He’s The Greatest Dancer’, ‘Lost in Music’ and my personal favourite ‘Thinking of You’. The most primitive and commercialised version of American Soul/R&B originates from this very album. Many R&B artists look back at Sister Sledge as one their biggest influences of all time! True pioneers. I love this entire album.

Elvis Forever: 32 Hits and the Story of the King

Released in 1974; the double deluxe copy of RCA Internationals release of 32 of Elvis Presley’s essential hits is a must have for fans of The King himself. Endless classics feature on this masterpiece collection, including my personal favourite ‘Heartbreak Hotel’. All original recordings. Not a remaster in sight. I do love an Elvis sing song. This particular record holds a special place in my heart as it was shared with my Nan and Granddad. I always imagine them singing along to it in their little house in the East end of London. Now I share that experience with my significant other.

My collection, on the other hand, is very diverse. I own a lot of 7″ singles which I have picked up from Flying Vinyl, a fantastic subscription service that sends you five new records a month filled with brand new artists and bands. Any albums I have collected over the last couple of months have either been handed down to me or bought for pennies at Car Boot Sales in Hertfordshire.

Arguably one of the greatest Rock albums of all time. Fleetwood Mac gained legendary status when they produced the controversial Rumours. This album almost destroyed the band. Without Rumour

s, Fleetwood Mac would not be the band they are today, following up with ‘Tusk’ and ‘Tango in the Night’. Could I name a favourite track? Nope. Every song in its own right is a musical sensation. My best friend brought me this record because she knew I was starting to get serious about collecting! A treasured gift. Only played when I’m feeling sad!

I love The Doors. Jim Morrison is a genius and they will forever fuel my burning love for seventies music. ‘Riders on the Storm’ exclusively features on the album ‘LA Woman’ which was released in 1971. The all round production in this song is beyond its time. The sounds of thunder and the accompanying Keyboard instrumentals to the tune of rain is genius. Not to mention, the song is based on mass murderer Billy Cook, who murdered a family of five after hitchhiking in California. “There’s a killer on the Road”. All makes sense now, doesn’t it?

I have a list on my phone which features quite a lengthy list of singles and albums that I am looking to hunt and add to my collection. A lot of these songs have originated from films, games and word of mouth from friends. The list is never ending and my room is forever being clogged with a mountain of records. My parents designed and changed my room so I can specifically hoard more records.

Let me know what you guys are collecting and listening to at the moment. You can tweet me @george_odell97 or email me at George@indiecentralmusic.com. I’d love some feedback and suggestions on what to add to the list! Keep the conversation fresh on our Facebook and Twitter account 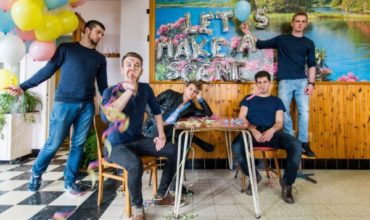 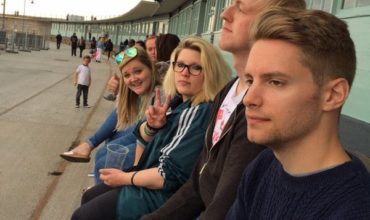 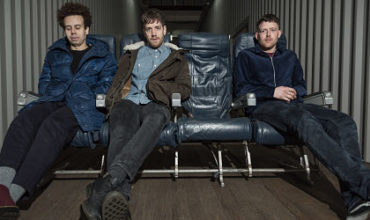