The wound of losing Spring King to the abyss of broken up bands is still fresh in our minds. I still remember being shocked to see it happen. Despite that I kept following the band’s social media accounts, individuals as well as the official band accounts. I won’t lie, a big part of this is to follow frontman Tarek Musa on his journey of producing music as he’s an incredibly interesting creator. His work has included Hey Charlie and Calva Louise. So when I got an email this morning saying Tarek Musa releases his first single under the name ‘Dead Nature’ I couldn’t act fast enough.

The track in question is titled ‘In My Heart’. Not only is this the debut track for Musa’s Dead Nature, but it’s also the first glimpse of a full EP titled ‘Taking My Shadow’ which is set to release later this year. If this song is anything to go by then this EP could be the biggest of the year. ‘In My Heart’ opens with seven seconds of a drum fill with atmospheric drones leading you to climax of the introduction. Instantly a cutting guitar riff and powerful drums kick in and almost instantly drop off again. Tarek’s heartwarming and distinctive vocals invoke a nostalgia I don’t think I’ve felt in this way before. Backing vocals jump in for the pre-chorus in a very Spring King reminsicent way, but Musa is by no means a one trick pony. In fact this track feels as though Musa has grown far past his years.

‘In My Heart’ builds a massive sense of emotion. It shows his anxieties, insecurities, and fears. Speaking about the track Musa says: “I’ve been facing a lot of my past on this record. The process has been similar to that of my younger years where I was writing songs quite quickly, using instincts and gut feelings to propel the creative process. These songs explore ideas of loneliness and breaking away from your past, whilst challenging the notion of pride and the line between self-respect and egotism.”

The full culmination of emotions, the full collection of instruments and vocals, and the full ensemble of Tarek Musa’s talents are shown all throughout the four minutes of ‘In My Heart’ but mostly at the explosive and anthemic climax of this track. The bridge up until the final chorus had me belting out lyrics before I even knew them fully. It’s Spring King, it’s Arcade Fire, it’s Foals, and yet…it’s none of these. That’s because it’s Dead Nature, and Dead Nature are going to be massive.

Tarek Musa's new project Dead Nature releases the first single 'In My Heart' which perfectly encompasses everything we loved about Spring King and everything we love about Tarek. There's not a single thing we'd change even if we wanted to and we can't wait to see where this anthemic project goes on to.

Tarek Musa's new project Dead Nature releases the first single 'In My Heart' which perfectly encompasses everything we loved about Spring King and everything we love about Tarek. There's not a single thing we'd change even if we wanted to and we can't wait to see where this anthemic project goes on to.
10 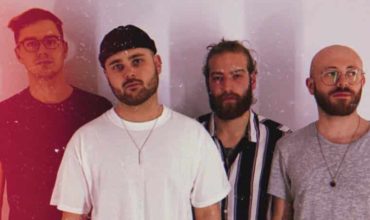 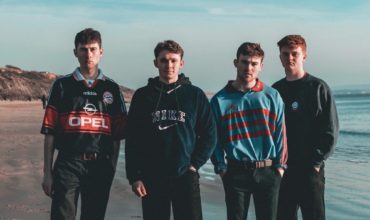 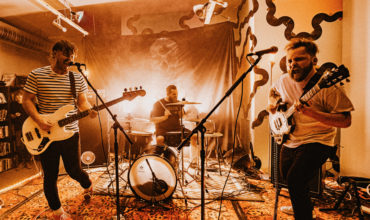