This week’s CLOSEUP Artist Spotlight is a recent discovery of ICM’s – Bright Orange Spectacle. The five-piece from London and Brighton have released two singles so far and confirm more music is on the way. Check out more below.

Bright Orange Spectacle, we love your music as you well know and it’s great to chat. After your debut London headline show, what should we expect in 2020!?!

Realistically we only have one option for 2020 and that’s to do everything we can to enjoy making music and get people listening to it. We are completely DIY as a group so every recording you hear was done entirely by us and every bit of artwork you see was a mixture of our ideas and our good friend Josh Fletcher. For that reason we can be a little slower than other bands… But in 2020 we WILL give you music… I promise… It’ll be amazing as well. We are creating the best music we ever have and I’m so excited about it.

Your tune ‘She Could Get Better’ is your most listened track, tell us more about this and what it means to Bright Orange Spectacle?

‘She Could Get Better’ is an intensely personal track – writing it was 100% cathartic and releasing it to the world was as much personal therapy as it was musical ambition. To see that people reacted with love to the first thing we ever did has been both humbling and amazing. I think it also made us stick to our guns… a lot of people have told us what ‘Bright Orange Spectacle’ should be (usually less bright, less loud and less of a spectacle… ) and seeing SCGB getting loves means that people actually like OUR creative voice and we don’t have to pretend to be just another indie band.

Your tunes have been listened to thousands of times across the world as Spotify informs us, Spotify is now such a big player in the industry, how important do you think it is for acts?

It’s super important for the music industry… But it should mean shit all to acts. Streams are a laughable concept artistically because it pushes you into a corner. Imagine sitting and writing a song to get streams?! I mean… people do it… People have tried to get us to do it. It’s sad man, really sad. If you run a record label you NEED to get streams and you NEED to make money, but if you are a band you NEED to express yourself honestly and originally, otherwise why are you taking up all of these peoples time by musically lying to them? Get people to your shows and make some noise. I know bands with 3000 streams that sell venues out and i know bands with a million streams that struggle to shift ten tickets, so you can’t quantify success with your streams, you can only quantify some industry persons desire to prove you are working to their boss. Ignore.

If you created a Bright Orange Spectacle Festival, and could pick 3 headliners, who would you go for?!

Night one will be My Chemical Romance… very topical… very on brand… very good. Gerrard Way is a god tier frontman and a legend tier singer… WHAT AN ICON. They will get us ready to party for the rest of the weekend and when they drop “Welcome to the Black Parade” all twenty-five people who got invited to this festival will go mad.

Saturday night will see Elton John doing a big old set – we need a legend and there’s a reason he’s one of the biggest selling artists of all time. Finally Arcade Fire will close the festival on Sunday. There’s going to be loads of other great bands playing the weekend and Close Up are going to have a stage that Bright Orange Spectacle play a set on every hour. Spinn are banned though.

Should we expect new music soon, or is that info too much to ask?!

You should expect new music, that is not too much info to ask. Goodnight Sam, sleep well. I’ll wake you with a coffee tomorrow.

Darcie grows maturer on new release ‘How Was She?’ 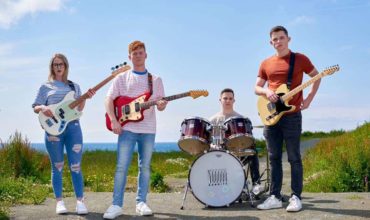 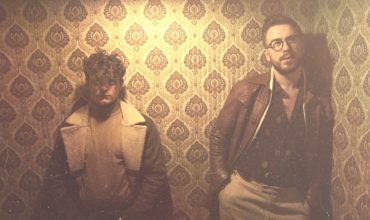