London-based singer/Song Writer, Adam French is playing Boardmasters Festival this weekend! We find out a little more about him, and how he is feeling about playing the famous Cornish festival.

Firstly, What have you been up to as an artist, and give us an insight to what music you create.

Over the past couple of months I’ve been recording my debut album, so that’s taken a lot of my time… I guess my music stems from the music I grew up listening to and lies somewhere between live bands, solo artists and producers I’ve been excited by in the past.

When it comes to the reception of your music, how is it going down?

So far, so good. I’m still humbled by the fact people wanna come and listen to songs that I wrote in my bedroom or kitchen… It’s a strange thing, music.

What initially attracted you to Boardmasters, and made you want to take part in it?

I’ve only heard good things about the festival, so naturally when the offer came in to play it, I was happy to accept! Looking forward to spending some time in Newquay.

You’re not entirely new to performing, you have played all over the place, as a band can you describe the differences between playing a festival and a headline show in a music venue

Festivals, you tend to be playing for a lot of people who aren’t as familiar with your music as a headline show crowd would be.. So it’s more of an unknown beast. I love festival shows though, I grew up in those crowds, watching my favourite artists, wrecked in a field somewhere…

Your set at Boardmasters is Saturday, The view. What can we expect from your set in particular?

This’ll be my first solo festival set. The view should be a nice intimate setting, and from what I’ve seen it looks beautiful. Can’t wait to share beer, songs and sun with your crowds.

Who would you also recommend to see at Boardmasters?

Where are you heading in the future? What’s the plan?

At the moment I’m just finishing off my record, then we’ll be heading out on the road. UK, Back to Europe and America.. and beyond.

Lastly whats the best three things about Boardmasters that you are looking forward to?

Sun, music and good beer. I think that’s the universal hope for any music festival.

Nothing But Thieves release Broken Machine 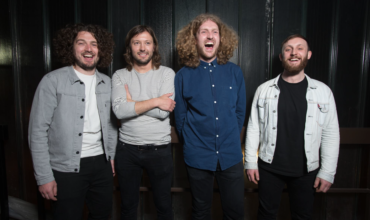 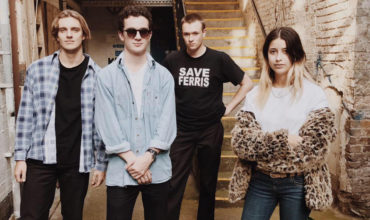