We originally went to The Big Chill Bar to see what Arcaves had to offer, after having heard three of their songs prior to going, but were not prepared for what else Arcaves had up their sleeves.

The gig started with a Public Service Broadcasting style countdown, segueing into a song that kicked off their online presence, ‘Killing Time’. It is slightly heavier than the acoustic version that is available on SoundCloud, yet it’s still kept its calm ethos that we enjoyed from the acoustic version.

‘Guy You Knew in London’ was featured on BBC Essex Introducing, it’s an upbeat pop track with a satisfying electronic background. This was followed by a few covers including Frank Ocean.

If nothing else, you can’t say all of Arcaves’ songs sound the same. They played an eclectic mix of songs, which could be separated into many different genres. After playing some relatively sedate songs, they played some pretty heavy songs.

This was the start of the unknown for us, we didn’t know Arcaves had a heavier side, but what they played sounded great. The guitar work from a rather excitable Stuart Dew was superb, and Billy Wright’s voice works throughout the spectrum of genres.

Thier penultimate song was something pretty special, definitely our favorite song of theirs. ‘Shadow of You’ is a song that sounds like it was crafted especially to excite the crowd. It makes you dance and clap your hands in time with the breaks. The only downside? You can’t listen to it, not yet anyway, unless you see them live as it hasn’t been released yet…

Frozen water is the latest song to be released by Arcaves and was played last at the Big Chill Bar. The recorded version disappointed us, it’s lyrically perfect, the basic melody sounds good and the way the song drops and rises perfectly matches the feelings it conveys, but bits of it sound amateur. The way Billy’s voice has been scored for example, to sound like there are two of him and his voice sounds like is missing something in places. It’s like they have tried too hard and overcooked it. It sounds a lot better live without all the bullshit.

After the gig, Arcaves had invited us to support them the week after at Highway to V Fest, the venue was one we knew well, so we went along. Dingwalls is located smack-bang in the middle of Camden, one of London’s greatest cultural locations.

The event was a competition held by V Festival to give a small band the chance to play in front on 15,000 people at the well-known concert.

Some of the competition was pretty interesting, including a Spanish guy singing Celine Dion, but it was a pretty good night and some of the acts had potential.

Arcaves played ‘Stolkholm’, ‘Man enough’ and ‘Shadow of you’, songs that really got the crowd going. The before shy crowd came to the front and gave Arcaves an amazing amount of support in the competition, rushing to get their votes in after the set had finished.

The judging was down to a crowd vote, and Arcaves had the biggest crowd, and although the results are yet to be announced, we are pretty sure they won!

Edit: They won the heat! 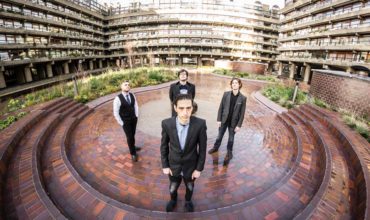 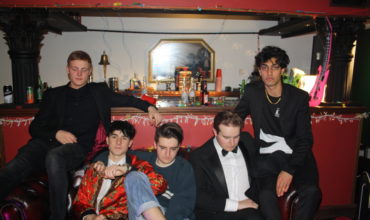 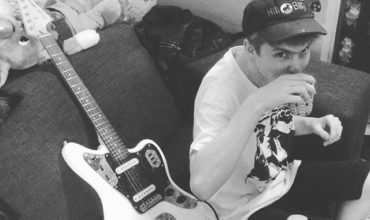