Meet The Greasy Slicks, these guys are a new rock band from London and Bath, with a new album to share with us.

We fell in love with the trio as soon as we heard ‘Hawks’, so we just had to get a Q&A with the guys for their new Album which comes out today.

Tell us about your aims when creating music, and where does that stem from?

We write whatever we want to play. Having focused so much energy on our live show, I think it’s probably influenced the way we write – whatever we come up with tends to be super fun to play live. We just want to have a good time on stage.

There was nothing else I had any interest in or was any good at; I think it’s sort of implanted in me. We’ve all been playing music and in bands since we were kids so when we met at university it all just happened quite naturally.

Were you very influenced by music when growing up or did you establish your own musical preferences?

I think any young kids are going to be particularly impressionable when it comes to music – often what you grow up listening to almost dictates your future preferences. I was introduced to the some of the classics as a child – The Beatles, Bowie, Pink Floyd, Sex Pistols, and naturally as I got older I discovered the music of the bands that they influenced. Hearing Nirvana for the first time at 10 years old changed everything!

It was exciting. We’d all recently come out of previous bands and were eager to play with new people. It was like coming out of a strenuous long-term relationship and meeting someone who isn’t just great in bed, but also has loads of shared interests.

What’s the music scene like in your hometown at the moment? Any band recommendations?

We’re all from different towns, but I guess you could say we were based in London – as to be expected with a massively overpopulated city, it’s pretty saturated with crap bands, crooked promoters and now more and more venues are being shut down. So it’s not looking great (that’s not to say that there aren’t some great bands and promoters in London, but for a band just starting out it’s damn hard work). Our second home is around the West Country – Bath/Bristol kinda way. There’re some great bands around there; The Family Rain, John Fairhurst, Estrons.

Anything and everything! Music, words, pictures, sounds, people…

We get locked in a sweaty room and force our instruments to talk amongst themselves. Once the conversation really gets going and they’re screaming at each other we call it a night let everyone cool off. The next day when we return, everyone’s friends again and a draft of lyrics has been anonymously burnt into the wall. And thus, a song is born.

Although you are in a band, do you still have to work day jobs in- between live shows?

Yes. We’re all still successfully avoiding getting “real” jobs, but some of us have more flexible part-time work than others.

I’d like people to interact with it how they wish. If they want to dance when they come to our shows, then we’ll encourage it! It would be rewarding if our live show could inspire people to go and play instruments and start bands. The lyrics themselves refer specifically to some very intimate experiences, but their ambiguity was deliberate so as to open them up to interpretation – be our guest.

Do you ever see The Greasy Slicks expanding with more members?

People have offered… A keys player or a percussionist could be cool, but for now – we’re happy as a trio. If we were ever to recruit some more musicians we’d have them up there on the stage with us though – none of that hiding behind the curtain bulls**t!

Check out the new Album below 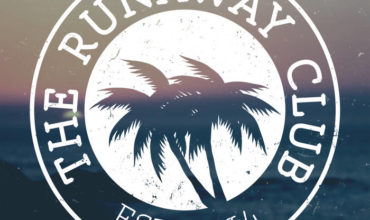 Shut Up And Dance – Walk The Moon 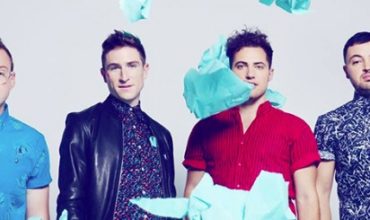 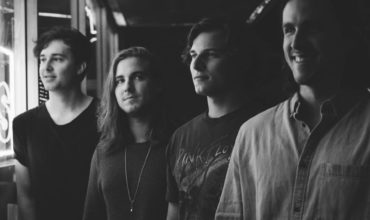